Today being the 13th of August will forever be a special day for Women, children, People living with Disabilities and People having Gender issues in Adamawa as the State Government commissions a Special Rights Agency for its citizens. The fact that the Agency will be sharing the Building with FIDA makes it more interesting. The Agency has the following Departments; Gender Rights, Children Rights, Disability Rights and Human Rights.

The establishment of a Gender/Special Rights Agency is a need that became evident to the leadership of the State Ministry of Justice and State Ministry of Women Affairs & Social Development in the process of implementing the Women Peace Security Program (WPS) in the State. It is in this regards that the Special Rights Agency was commissioned today.

The Agency was commissioned by His Excellency the Deputy Governor of the State Engr. Martin Babale on behalf of the Executive Governor of the State. However, Babale in an interview said that Adamawa is the only state in the country that has a Special Rights Agency “ I will like to thank the United Nation for standing by the women and Search for Common Ground for funding this project. We remain grateful to the United Nations because this is historic for Adamawa State” he said. He also commended the efforts of the HAG & Commissioner for Justice BSD Sanga for bringing a lot of changes in the Legal Department.

Similarly, HAG & Commissioner for Justice told news men that due processes are being followed to enable the smooth passage of the Equal Gender Opportunity Bill. “Once the House of the Assembly is done with the Bill, it will be sent to the Governor to assent or not to assent before it is taken the Chambers of the Attorney-General for the Legal advice. But, kindly remember that we are not fans of passing Laws for passing Law sake, you can see this Agency, there is no Law for it there are constitutional provisions that empowers the Governor to set up Agencies via policies. We are working with policies even without laws” says Sanga.

The Hon. Commissioner for Women Affairs and Social Development in his remark commended the efforts of UN Women, Search for Common Ground, FIDA, MDAs and all Stakeholders for their contribution saying that the Agency has come to stay.

Again, the representative of FIDA in her remark commended the state Government for providing a building for FIDA activities and that FIDA works in partnership with the Ministry of Women Affairs, it handles Women’s cases free of charge. “we are there to support our society. That was why FIDA was first founded”. She is happy that this administration has brought the dream of FIDA into reality.

It could be recalled that sometimes in June 2018, UN Women, UNDP, Attorney-General and Commissioner for Justice BSD Sanga,  Adamawa State Security Agencies, National Human Rights Commission, NGOs, CSOs, Councilors and Traditional Leaders from some LGAs in the State met and brainstormed on the way forward on Women Peace Security in the state.  However, the idea of establishing a Special Right Agency was initiated during the meeting.  The UN Women captured this online; “ BSD Sanga noted that all the approaches  by different Donor Agencies in ensuring security and peace is maintained in the north east are appreciated and the peace Agency will complement the efforts and  will begin in earnest before the Law is passed” (UN Women Nigeria July 2 ; 2018).

Similarly, the State Executive Council on Wednesday 8th of August, 2018 during its Executive Council meeting approves the establishment of two Bills; Bill to establish the Adamawa State Peace, Rehabilitation and Reconstruction Agency, and a Bill to establish the Adamawa State Special Rights Agency for the protection of Persons with Disability, Children and Gender Rights, and to provide for matters incidental thereto 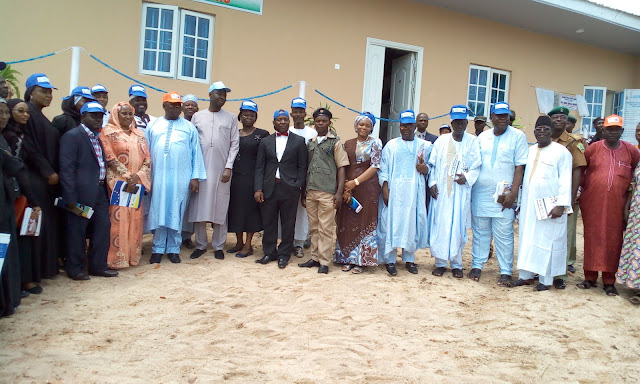