Ministry of Justice organised a send forth Party for it's retired Solicitor General and Permanent Secretary, Barr. Sule Mohammad Friday 27th October 2018 at the Ministry's Carpark.

BSD Sanga   in an opening remark said that the ministry is sending forth the SG for greater hight its rear to get people in the service for 35 years to leave with their intergriety, he admired the outgoing   SG's courage, patience and intergrity.

He also said, he had the opportunity of learning from SG because he never had the opportunity to work in the public service sector  , the SG was always there for him and he thanked him for all he has done for the ministry and the state Government at large.

Good will messages were delivered in his honour starting with the Director Public Prosecution DPP Barr. Kyanson Samuel, he commanded the SGs humility towards his colleagues and his junior at work.

Director Legal Drafting DLD Barr. Samuel Yaumande said he knows him as a trustwothy person, a legacy of assistance to his sub-ordinate . He was a father to all. Where he is suppose to punish, he advise “We have leant to tolerates from him. You Run to him with problem and comes out with joy. Yaumande Prayed  for a blissful life after service, and to continue to be the gentle man he is after service hoping  that the next SG will emulate his good conduct.

His friend who is a retired. Permanent Secretary, Alh Isa Shelleng commanded the Ministry for organizing such a remarkable  occasion in honour of Sule. He said that they entered the service  the same year and retired same year. "All that have been said about him is true because he has not change from being the gentle man he is" said Isa Shelleng.

Similarly, Mrs. Hauwa Banu the Admin Director said that the Ministry is going to miss a father and a mentor.

There was a presentation of gift by BSD Sanga together with some staff to the celebrant before his remarks.

In his remarks, Sule said that he has worked with 12 Hon. Commissioners and BSD Sanga is the 12th and has remained exceptional. He said the Attorney-General has initiated a lots of development and recorded many successes to the Ministry and the State at Large. To the Staff of the Ministry, he said that if he has offended any of them in the past, they should note that it wasn't delebrate. To the state Governor, he said thank you for finding him worthy to contribute in the success story of the administration.

The send forth Party was attended by all the management and staff of the Ministry including family and friends. There was enough to eat and drink. 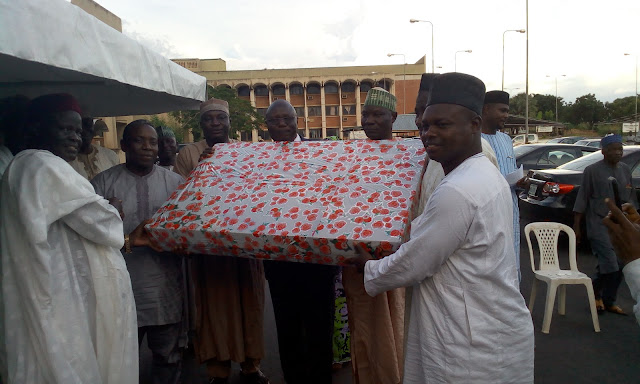 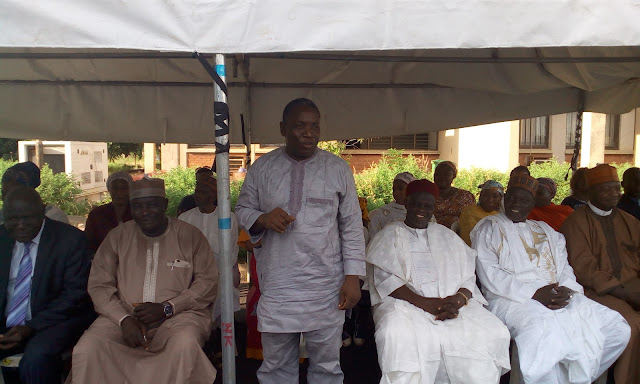