HAG & Commissioner for Justice, BSD Sanga received Professor Maxwell Gidado SAN who is also a former HAG & Commissioner for Justice in the state who came on an official visit to the Ministry. The August visitor was received by the State Coordinator of RoLAC Barr. Hapsat Abdullahi Jimeta and Barr. Abdulrahman Iliyasu Max, Desk Officer RoLAC in the state .

Professor Gidado is a consultant with Rule of Law & Anti Corruption ( RoLAC ) He is in the State to review the Penal Code bill , Violence Against Persons Prohibition Act (VAPP), Child’s Rights Act, and the Special Rights Agency bill . One of the objective of the review is to harmonize the Bills and Laws that promotes and protect the Rights of Women, Children, and Persons living with disabilities with the sole aim of achieving more access to Justice for the vulnerable.

In a remark by BSD Sanga, he said that he is not particularly interested in the passage of Bills but it’s full implementation. He gave a brief background on the activities and achievement recorded by RoLAC in the State which includes the support for the passage of Administration of Criminal Justice Act, Penal Code and Proceeds of Crime bills, development of the Adamawa Anti-Corruption Strategy, establishment of Anti- Corruption units in MDAs, Justice Sector Reform Team and the Special Right Agency etc.

Similarly, Sanga said that there is a pending Bill before the State House of Assembly concerning women, children and people living with disabilities that is awaiting passage into law and has suggested that it should also be compared with the VAPP Act in order to avoid duplication and, also to see if there are still gabs that need to be filled.

Mean while, Prof. appreciated the kind gesture of the HAG for giving him a n insight on the activities supported by RoLAC in the State.
RoLAC State Coordinator added that RoLAC intention was not only to domesticate VAPP and Child Rights Acts in the State but to support laws and practices that promote and protect the rights of the vulnerable groups. 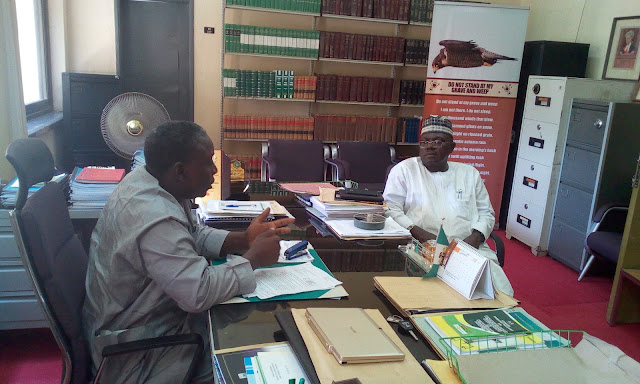 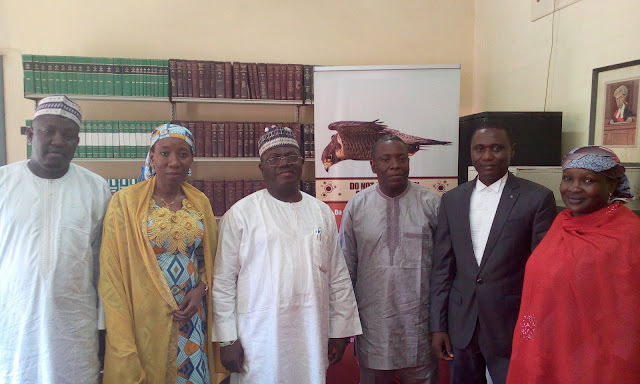