Home » News » NEWS : Public Office Holders Have been Reminded to be Prudent and Transparent.

NEWS : Public Office Holders Have been Reminded to be Prudent and Transparent. 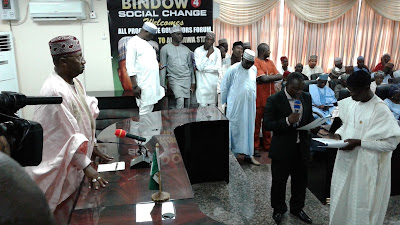 Public Office holders have been  reminded  to  abide by the oath of office taken while discharging their official responsibilities. Governor Muhammed Umar Jibrilla  made the call while presiding over the swearing in Ceremony of Dr. Edgar Sunday Amos as the new Head of the  State Civil Service and Dr. Louis Solomon Mandama mni  the former  Head of Service  as the Special Adviser to the Governor  on Civil service  Reform  matters .
Governor Muhammed Jibrilla restated that Prudence, Transparency, and Accountability  are the cardinal principles of his administration, explaining that  they will be accountable of their stewardship  before  God  Almighty. 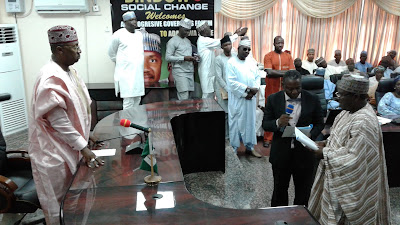 While congratulating the newly  appointees, Governor Muhammed Jibrilla said that their appointments  was based on merit and described them as men of integrity and  respect.
Responding on behalf of the appointees. the new Head of Service Dr . Edgar  Sunday  Amos assured  the Governor that they will contribute their  quota towards the development and progress of Adamawa state and  thanked the Governor for  finding them worthy to serve in his administration.
The  new Head of  Service  also  reassured that they would  not betray the trust of the Government as well as the  citizens of  the State, stressing that  they  will do their  possible best  to ensure that the State  Civil Service  improves  and changes  for the  better. Similarly, he maintained  that Civil  Servants  in the State are  the bedrock of development in any society. 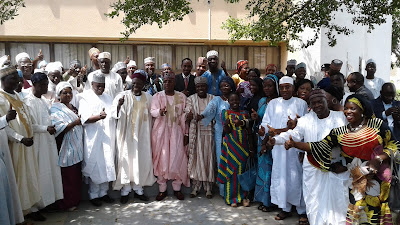 The  Oath of office was administered by the State Attorney -General and Commissioner for Justice Barr. BSD. Sanga.
14:06
Adamawa Daily Reports
News
Email ThisBlogThis!Share to TwitterShare to Facebook