Adamawa State Polytechnic (ADPOLY) is said to begin offering degree courses next month as the Rector of Polytechnic, Professor Ibrahim Umar, has disclosed.

The programme which is in affiliation with Ahmadu Bello University (ABU), Zaria, and Federal University, Dutse, Jigawa State according to Umar, has secured approval of Economics, Management, Accountancy, Computer Sciences, and English Languages to be ran as degree programs by ABU Zaria while Federal University, Dutse, Jigawa State approved courses Criminology, Political science, Economics, and Sociology, respectively for 2019-2020.

The rector said more lecturers had been recruited, as modalities for the commencement of the programmes had been concluded for a smooth take-off.

Umar further said the sum of N 3.4 million was appropriated for the construction of Staff Nursery and Primary schools at the Jambutu campus, adding that work had reached an advanced stage.

The Rector lauded TETFUND intervention of N75 million Special Grant for the purchase of a coaster bus and 100 units of computers, which has been installed at the main campus to boost the academic activities of the Polytechnic. 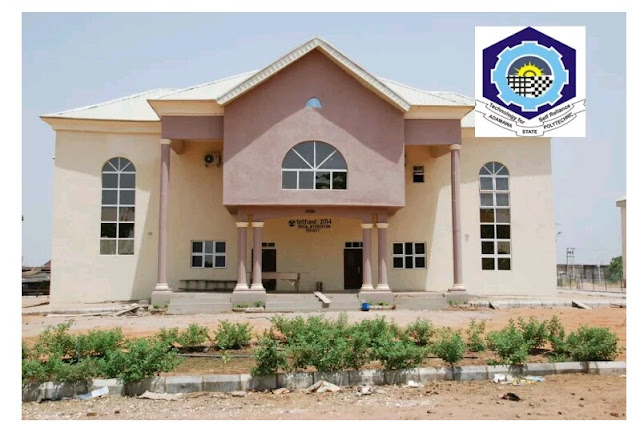