ADHA NEWS:Adamawa Govt. to Collect Loan of 5b to settle LG Staff Salaries.

The Adamawa State House of Assembly granted approval to State Executive arm to source for a term loan of five Billion Naira from UBA to Finance the Settlement of salaries of Local Government Staff and its Agencies in the State.

The House approval followed a resolution passed by the lawmakers to ensure strick supervision on request letter sent to it by Governor Muhammadu Umaru Jibirilla and read on the floor of the House by the Speaker Kabiru Mijinyawa during Wednesday plenary session.

After thorough deliberation on the request, Majority Leader Hassan Maman Barguma moved a motion for the approval and seconds by Deputy Leader Abubakar Isa Shelleng in which the Speaker, Kabiru Mijinyawa put the motion into voice vote and unanimously supported. The Speaker then directed the clerk of the House to communicate the resolution to the executive for further action.

In a related development the House has received a request letter from the Executive arm seeking for the confirmation of the appointment of Chairman and Members the State Fiscal Responsibility Commission.

In a letter sign by Governor Muhammadu Umaru Jibirilla and read on the floor of the House by the Speaker Kabiru Mijinyawa has Dahiru Adamu as Chairman, while Husseini Abubakar Inde, Baba Buba Galadima and Mrs Solome Shamaki as Members.

Speaker Kabiru Minjnyawa who presided over plenary session has directed the nominees to appear before the House Standing Committee on Public Service for Screening.

Also during the Wednesday plenary session the House has confirmed the appointment of Mr Zaphaniya Bakari and Gabriel Zenas and State Development Area Administrators of Gengle and Tola respectively.

The Confirmation of the appointees followed a letter sent by Governor Muhammadu Umaru Jibirilla seeking for House approval and read on the floor of the State Assembly during Wednesday sitting.

Meanwhile the House during its Wednesday proceedings has passed into Law a bill for a law to establish Administration of Criminal Justice Law Sponsored by Barrister Sani Shehu of Mubi North Constituency and Chairman House Committee on Justice and Judiciary.

The passage of the bill followed its presentation for third reading by Majority Leader Hassan Mamman Barguma in which the Speaker Kabiru Mijinyawa directed the clerk of the House to Communicate to the Executive arm for Governor ascent. 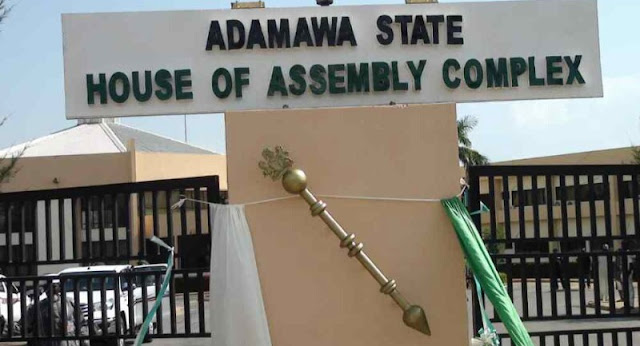