Youths  in Adamawa state have been called upon to shun  Drug abuse for the overall development of the state  and the country at large.

Governor Muhammed Umar Jibrilla who made the call while  flagging off  the Eastern  Bwattiye Football Competition organised by  Tikisen  Association Njoboliyo  at Njoboliyo village of  Yola  South local government area.

Governor Muhammed Jibrilla assured the Njoboliyo  community  that his government will continue to provide Democracy dividends to the people of the state, pointing out that  the abandoned  Road  project linking  Njoboliyo to other communities  would be  completed by  his administration.

The Governor also explained that  Youths  are the vanguards of peace and development of  any society, assuring that his administration will continue to support  youths as  they are the pillars  of peace and  development.

Earlier in his remarks, the State Chairman of the  Nigeria Union of Teachers Comrade Rodney Sudan  Nathan who is also the sponsor of the football  competition thanked  Governor Muhammed Umar Jibrilla  for honouring the  invitation to  witness the tournament at Njoboliyo  village.

Comrade Rodney Nathan had assured the Governor that the  people of Njoboliyo  will continue to support the present administration under Governor Muhammed Umar Jibrilla at all times  and appealed for the  completion of the abandoned  road infrastructure  linking  Njoboliyo  to other villages in the area .

Also speaking the Chairman of the  occassion  Chief  Barnabas  Pata, Mutawallen  Daware, appreciated the efforts of the  NUT  Chairman Comrade Rodney Nathan  for his continuous encouragement to the  Eastern  Bwattiye  youths  and for collaborating with the great  Tikisen  Association of  Njoboliyo to sponsor the  competition.

He stressed that the  competition will bring about Love, Unity and Strengthen bond of friendship  among the people of the area and  will also enable for the identification of new talents for further training and development as well as  for participation in the state, National and international soccer.

The  football  competition  will  last for Two weeks. 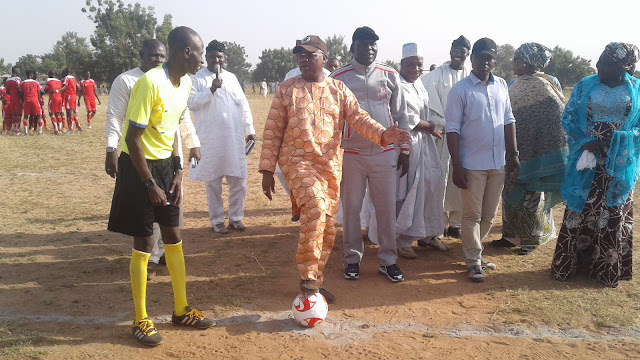 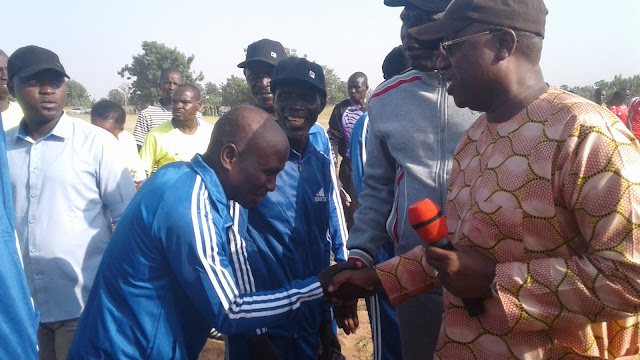