Home » News » NEWS : All Is Now Set for the Off- Settlement of Salary Arrears for Local Government Workers in the State.

NEWS : All Is Now Set for the Off- Settlement of Salary Arrears for Local Government Workers in the State.

Arrangements have been  completed for the Off -Settment of Salary Arrears being owed  by the Local Government  Staff in Adamawa State.

The Honourable Commissioner Ministry for Local Government and Chieftaincy Affairs Honourable  Mustapha  Barkindo who disclosed this to Journalists said that by the month of December 2018 all the  salary  arrears  owed by the Local Government  Staff, Primary  Health Care  workers and Teachers  would be settle at all  levels .

He debunked the  rumours being circulated that the Adamawa State  Government had secured a  loan of Five Billion  Naira from the  United Bank for Africa  UBA in order to  embark on some capital projects in the state.

The Honourable Commissioner also explained that Due  process must be followed for the Off -Settment of the Salary  Arrears and urged the beneficiaries to reciprocate Government's  gesture by ensuring that  all their outstanding  salaries  are being  paid by the  present Administration of Governor Muhammad Umar Jibrilla once and for all, stressing that Government Is a continuous process . 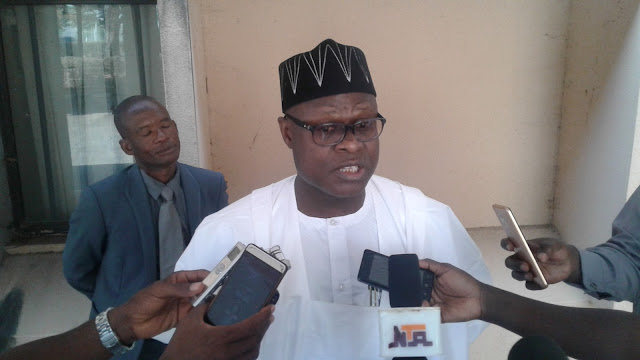