Public office holders have been Charged to be prudence and accountable while discharging their official responsibilities.

Governor Muhammad Umar Jibrilla who  gave the charge while presiding over the swearing ceremony of Hajiya  Nafisatu Mohammad  Bashir as a  new Permanent Secretary in the State Civil Service.

The Governor said the cardinal principles of his administration is based on Transparency, Prudence and Accountability, and reminded the new  Permanent  Secretary to abide by the Oath of Office taken  as she will be  accountable for  her stewardship before Almighty.

While  congratulating  Hajiya  Nafisatu  Mohammad  Bashir  over  her appointment ,Governor Muhammad Jibrilla said her  appointment  was purely based on merit and her track of record in service, and announced  her posting to the  Ministry of  Commerce  and Industry.

Responding, Hajiya  Nafisatu Mohammad Bashir thanked Governor Muhammad Umar Jibrilla  for finding  her worthy to serve in his administration  as Permanent Secretary and  promised to  discharge  her duties diligently in order to  contribute  her own quota towards the development of Adamawa State .

The  Oath of Office was administered by the State Attorney General and Commissioner for Justice Barrister Bala Silas Sanga. 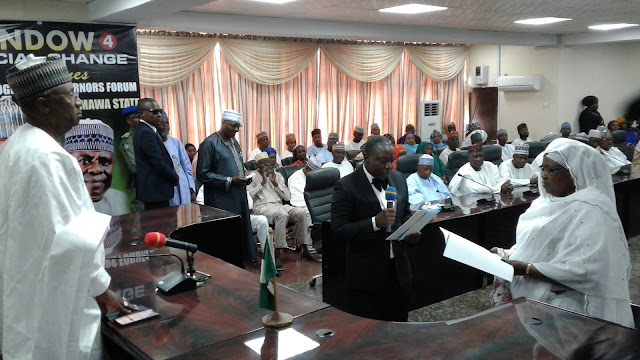