NEWS: Traditional Institutions are the Custodians of Peace - Gov. Bindow. 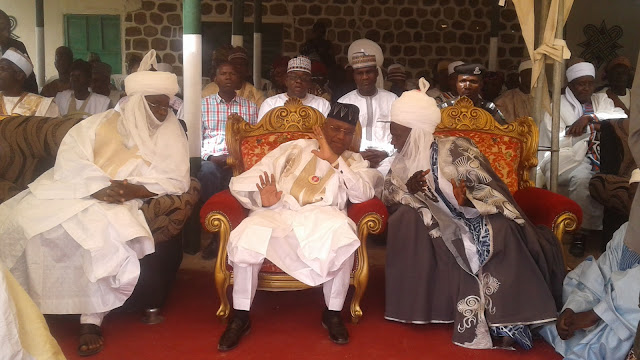 Traditional Institutions has been described as the  custodians of  Cultural values in the  society.

Governor Muhammad Jibrilla said  Traditional Rulers have a  vital role to play in view of their contributions towards maintaining  peace and security in their domains.

He also explained that  traditional  Institutions  needs to be recognised and their  roles  to be clearly  defined  in the Constitution because of  their duties  in maintaining  and sustainance of Peace in their domains.

The Governor also  thanked the  people of Shelleng for  their  continued support and cooperation being giving to his administration at all times, pointing out that the  electorates would  continue to  receive  dividends of Democracy .

Earlier in his speech, His Royal Highness Amna Shelleng Alhaji Abdullahi Isa Dasong II had called on his subjects to  eschew Unity and  tolerance or the peaceful coexistence and development of the area and Adamawa state as a whole.

While  confirming the  traditional  titles on the Three Illustrious sons of the  area,  the  Royal Father  said as  they are the advisers to the Emir, they are also expected to  give good advises for the overall progress of Shelleng Emirate.

Amna Shelleng  also called on the people of the area  to Shun religious  differences or Ethnicity  as it affects the  Unity and Progress of  the  society.

He however  commended  Governor Muhammad Umar Jibrilla  for providing the people of  Shelleng  with Road  Infrastructure and other basic social amenities which they were neglected by the  successive administrators.

The Turbaning ceremony  was well attended by other traditional  Rulers from neibouring states as well as important  personalities within and outside Nigeria. 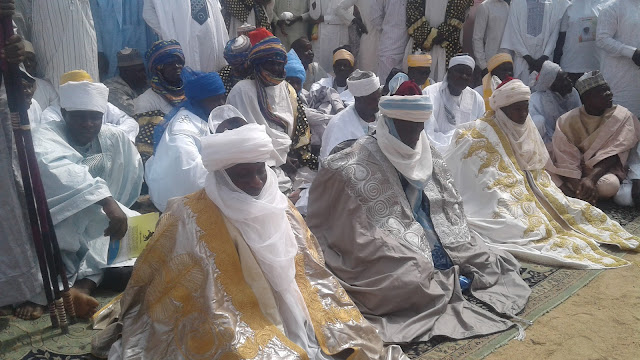