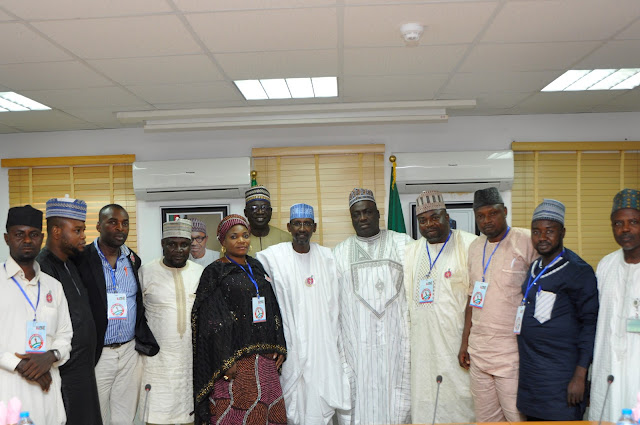 Minister of the Federal Capital Territory, Malam Muhammad Musa Bello has called on Nigerians to support President Muhammadu Buhari’s re-election bid, saying the President has laid the solid foundations that will take the country to the next level.

Bello who spoke when the Buhari Continuity Organisation visited him in Abuja, said the President was someone who is very close to the people and has the genuine desire to work for their interest. He likened development to building a great house and that the deeper the foundation, the higher the structure. This he said is what Mr. President has done for the country in the first tenure of his administration.

He said a second tenure would give Buhari  ample opportunity to consolidate the giant strides he has made by moving the country forward.

The Minister pointed out that the nationwide infrastructure development drive of the APC-led federal government, accountability and probity he has restored to governance, as well as the youth empowerment and poverty alleviation schemes are all indicative that the present administration means well for the people. Others include strides in encouraging made in Nigeria goods and agricultural value-chain.

He therefore called on Nigerians to vote for President Muhammadu Buhari in the 2019 elections to ensure he returns to office to continue these good deeds.

She noted that the group would embark on intensive public enlightenment campaign to educate Nigerians on the great accomplishments of the President, which the group indicated has been under reported.  Their strategy would include knocking from door to door in various geopolitical zones including the South-South and Southeast in their belief that when the masses become aware of his achievements like the “trader money” anti-corruption drive and completion of critical projects, that Mr. President would win a place in their hearts.

Mrs. Ogudana said Nigerians were already enamoured towards the President and would even be more excited by the time his achievements are laid bare for them to see.