The Rotary Club International District 9125 of Yola has commended Governor Muhammad Umar Jibrilla for his developmental strides in Transforming Adamawa State to a city.

The District Governor of the club Rotarian Elvis Chukwu made the commendation when he led other Rotarian on a courtesy call to Governor Muhammad Umar Jibrilla at Government House Yola.

Rotarian Elvis Chukwu had informed Governor Muhammad Jibrilla that they were at Government House Yola to congratulate the Governor over the gigantic and developmental projects being provided to the people of Adamawa State. He  also said that they were in the state to interface with other Rotarian in Adamawa State so as to find out the challenges and to encourage members on the activities of the  Club.

Rotarian Elvis Chukwu also explained that the club had sunk a lot of Water projects and built Two Health centers at Boramji and Jambutu in the state capital in order to complement Government efforts, pointing out that Rotary Club had an observers in the United Nations and have about  One point Two members across the globe.
He, however, said that the Club had a programme to kick polio out of Nigeria by August 2019.

While responding, Governor Muhammad Umar Jibrilla assured the visiting Rotarian that his administration will continue to Partner with the International Donor Agencies in order to move Adamawa State forward and commended the Rotary Club International for their voluntary services to the citizens of Adamawa State.

The Governor also assured the delegation that Adamawa State Is calm and stable and called on the investors to come to the state and invest.

Also in his remarks, the Honourable Commissioner Ministry of Information and Strategy Comrade Ahmad Ibrahim Sajoh alongside Attorney General and Commissioner for Justice Barrister Bala Silas Sanga and Head of the State Civil service Dr. Edgar Amos Sunday had enumerated some of the remarkable achievements being recorded by the present Government under the leadership of Governor Muhammad Umar Jibrilla which includes provision of Roads infrastructure, provision of Healthcare delivery, Education, Agriculture, provision of portable drinking Water, poverty Alleviation as well as Justice Sector Reform system in the state. 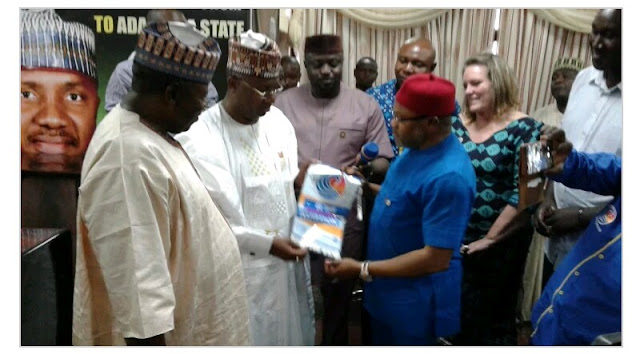 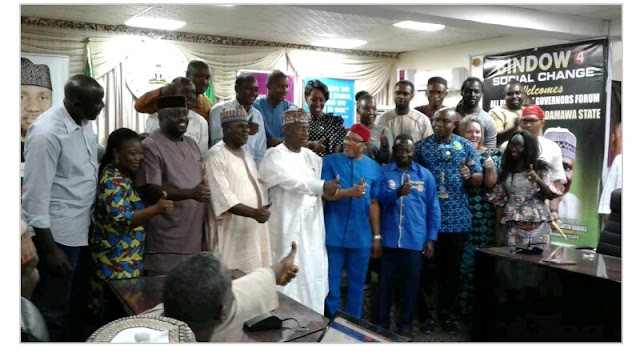