NEWS: State Government tasks Traditional Institutions on Peace and Security in their Locality.

Local Government Administrator's in the state  have  been  charged to  ensure that  peace and security are  being  maintain in  their  areas.

Governor Muhammad Umar Jibrilla who stated this while  briefing Journalists at the end of the  state security  meeting held at the  palace of the Lamido  Adamawa recently.

The  meeting was  attended by all the  first-class Traditional Rulers and Heads of  Local Government Administrator's, stressed that maintainance  of  peace and security is the cardinal responsibility of his government.

The Governor also  stated that the policy of his administration is  to carry the  Traditional Institutions  along, maintaining  that the  traditional  Institutions are the custodians of Peace in their domains.

In his remarks, the Chairman  Adamawa State  Council of Emirs and Chiefs His Royal Highness Dr.Muhammadu Barkindo Aliyu Mustafa explained that the  traditional  Rulers would  continue to participate in all security matters in the state.

Also speaking, the Honourable Commissioner Ministry of Information and Strategy, Comrade Ahmad Ibrahim Sajoh explained that the  security situation  in the  Numan axis would be  continued to be  maintained by ensuring that a military  battalion be  establish in order to ensure  peace and security are maintained in the area. 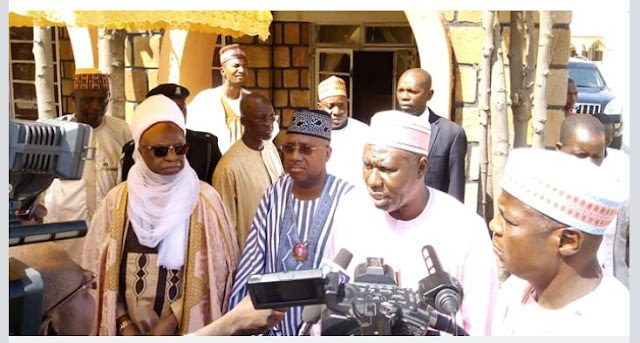