NEWS:Dr. John Ngamsa Takes Oath of Office as Commissioner for Culture and Tourism.

Governor Muhammad umar Jibrilla says Transparency and Accountability are the cardinals principles of his administration.

The Governor stated this while presiding over the swearing in Ceremony of Dr  John  Ngamsa as Honourable Commissioner Ministry of  Culture and Tourism.

Governor Muhammed Jibrilla  explained that the  appointment of Dr  Ngamsa was purely  done based on merit and  of his track record in  service and wide consultations with the  stakeholders of Numan Local Government Area.

While congratulating the new  appointee, the Governor also  reminded  him to abide by the Oath of office taken  as he will be accountable of  his stewardship while in office.

He said that  his Administration is  operating  under zero  tolerance on corruption, and assured that  his Government will continue to provide Democracy dividends to the people of Adamawa state.

Responding, Dr. John Ngamsa  thanked Governor Muhammed Umar Jibrilla  for finding  him worthy to serve in his administration and promised to contribute his quota towards the development of the state.

The  Oath of office was administered by the State Attorney -General and Commissioner for Justice BSD Sanga. 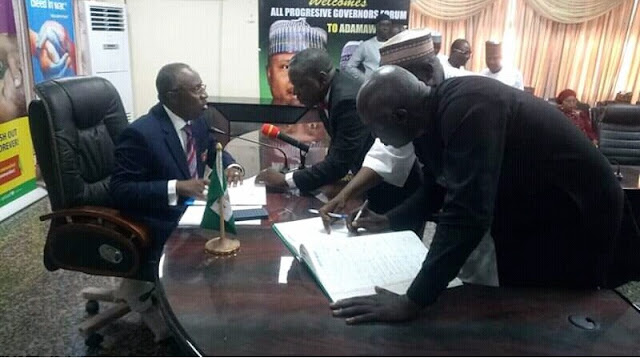