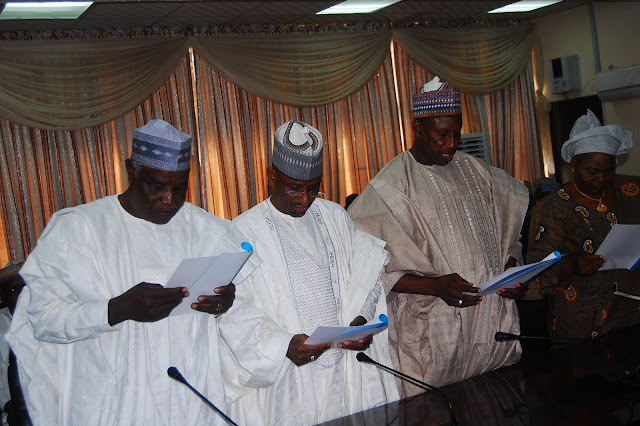 Members of the Adamawa State Fiscal Responsibility Commission have been sworn in with a charge to sustain the already set standard.

Governor Muhammad Umaru Jibrilla, who made the call while presiding over the swearing in ceremony of the  members of the commission at the Council Chamber of the Government house Yola, explained that the task before the new members are  enormous.
Governor Muhammad Jibrilla also explained that  the standard already put in place by the immediate past Chairman of the Commission .

While  congratulating members of the commission, the Governor urged them to give consideration to oath taken considering it's implication,and they would be accountable  before God  Almighty.

In his remark  the Secretary to the State Government,  Dr.Umar Buba Bindir,  said the commission was part of the  vision of the present administration  to transform the state  which was devastated by flood and insurgency.
Dr, Umar Bindir also said that Governor Jibrilla has shown enough commitment in the effort to put in place relevant agencies to improve on the state.

Responfing ,the Chairman of the Commission  Alhaji Dahiru Adamu appreciated the Governor for finding them worthy to serve the state and promised to work with relevant Ministries, Boards and Agencies.

The  Oath of Office was administered by the Solicitor General and Permanent secretary Ministry for  Barrister  Dahiru  Mustapha  Raji.

Similarly Members of the State Executive Councli received a presentation from Adamawa state Fiscal Transparency Accountability and Sustainability programme for result says the government is to benefit from Seven Hundred and Fifty Million Dollars.

While Making a presentation during the weekly  state executive council meeting, the focal person of the programme in the state,  Dr. Bello Abubakar Song, said the fund   will be provided by the World Bank and will be available for other states including Adamawa during the next four years.

He said the state is required to furfil certain conditions  which include publication of implementation of the state Budget before February 2019  among others. 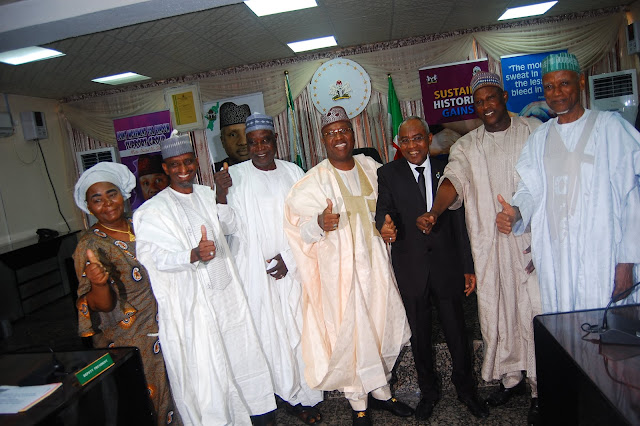