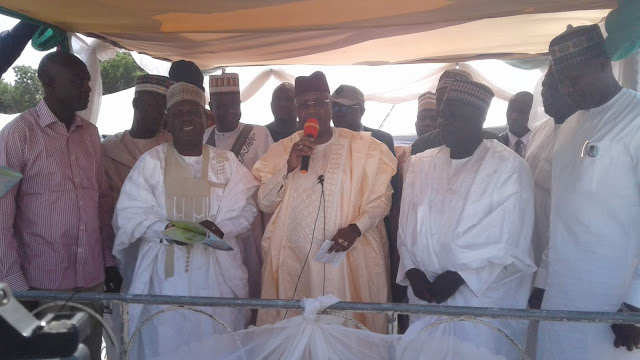 The  Road Linking from Mararraba Dumne in Song Local Government Area would  soon be constructed by the  present Government under Governor Muhammad Umar Jibrilla.

Governor Muhammad Umar Jibrilla  disclosed this  during a civic  reception in honour of Dr.Edgar Amos  Sunday. the  Head of Civil Service of Adamawa State which  was  organised by the Yungur  Area Development  Association the Dumne.

While  acknowledging the Yungur  people  for their  Unity  and  productive, the Governor  had assured that the construction of   road from Mararraba Song to Dumne would  soon be commenced immediately using his second tenure as Governor of Adamawa State.
He then called on the people of the area  to ensure that they obtained  their permanent  Voters Cards so that they can elect a candidates  of their choice.

Governor Muhammad Jibrilla  explained that  Dr. Edgah Amos Sunday deserved to be  the Head of Service of the state  in view of  his intellectual  capabilities as bureaucrat.

The Governor also  specifically appreciated the  people of  Yungur for their immense  support and cooperation being giving to his administration at all times, he however  commended the  Traditional Institutions in the state  for their role being  played in  maintaining peace and harmony in their domains pointing out that the  traditional Institutions were the  custodians of Cultural values in the society.

In his speech at the occasion, the guest speaker, Chief Felix Tangwami who was represented by  Dr. Agoso Bamaiyi  had described  education as a catalyst for development in any society.

He revealed that the  present administration under Governor Muhammad Jibrilla has put more emphasis on Education  sector.

He also  stated that Yungur community has a very rich cultural  heritage that can be show case the world  over, explaining that the  present Government would  continue to give Education  priority  in order to boost human capital  development in the state, maintained that  education  is the key to success. 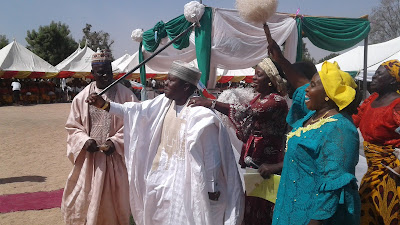 Earlier in his welcome address  the  Chairman of the  occasion  professor  Ibrahim Saidu  had told the gathering that Yungur Area Development Association  has organised the ceremony to honour Dr. Edgah Amos Sunday because of his contribution towards the development of Yungur community and Adamawa State  at large.

Governor Muhammad Umar Jibrilla  and the celebrant were also presented with a  Soveniers in honour by the community. Various Yungur  traditional  dancers  were also  features at the occasion. 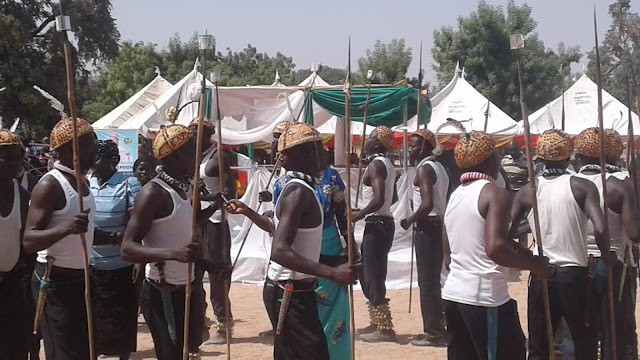