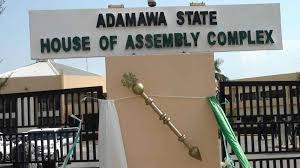 Latest facts that emerged close to the Adamawa State House of Assembly have indicated that the debt profile left by the immediate past Governor, Muhammad Umar Jibrilla led administration stood at N127 billion as against N115billion reported earlier by the Transition Committee.

It could be recalled that Governor Ahmadu Umaru Fintiri, upon his emergence as the winner of the 2019, gubernatorial election in the state, constituted a 65 MemberTransition Commette headed by Aliyu Ismaila Numan, with a mandate to ensure smooth handing over of government activities.

While submitting their report to Governor Fintiri after completing their assignment, the chairman of the committee said that former Governor Jibrilla, left a bankrupt state with a huge debt liability of N115 billion.

But a reliable source close to the State Legislature who craved for anonymity said " the information we received last week shows that the true position of debt is N127 billion and not N115 billion as reported by the committee ".

He declared that it was as a result of the information they received that the House decided to set up adhoc committee to unbundle the circumstances surrounding the high debt profile in the state.
13:17
adamawadailyreport@gmail.com
news update
Email ThisBlogThis!Share to TwitterShare to Facebook