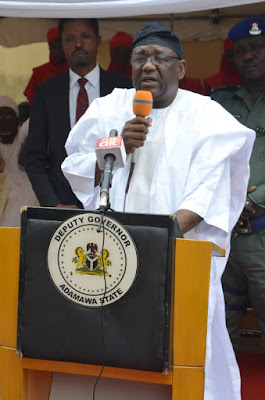 Farewell Address to 1692 Intending Pilgrims to be Lifted to The Holy Land of Mecca  at Fombina Royal Guest House Yola, Adamawa State.
Governor Ahmadu Umaru Fintiri reminds the intending pilgrims of the importance of religious obligation's which requires them to adhere very strictly to the teaching of Islam by prophet Mohammad regarding the conduct of Hajj.

Umaru Fintiri who is represented by his Deputy Chief Crowther Seth charged intending pilgrims to be good ambassador of Adamawa State in the holy land.

Chief Crowther Seth appeal to them to avoid getting involved in any criminal activities such as drugs trafficking and other vices which are capable of tarnishing the good image of the state and the nation at large.

He also reminded the intending pilgrims of the essential ingredients of a rewarding Hajj which is intention. And as a faithful Muslims, they are expected carry each other along and exhibit the spirits togetherness and patriotism by assisting each other at all times. 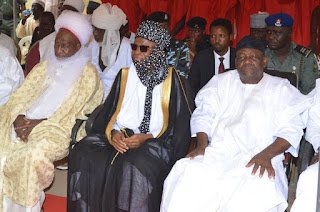 Earlier speaking, the Lamido of Adamawa, Dr. Mohammad Aliyu Barkindo Musdafa urged intending pilgrims to observed every move, act, and gesture of prophet Mohammed as a precedent to be followed by Muslims in performing Hajj. He also charge them to pray for our beloved country Nigeria on insecurity and insurgency. 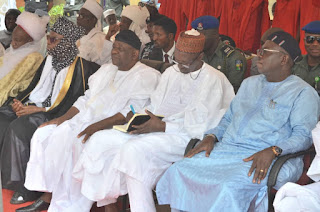 Also speaking, the Amir Hajj. Alh. Abubakar Isa Ahmadu CFR charged the intending pilgrims to be truthful in all their dealings as one of the teaching's of prophet Mohammad. He also pray for their safe departure to the holy land and hitch free hajj exercise.
13:05
adamawadailyreport@gmail.com
News
Email ThisBlogThis!Share to TwitterShare to Facebook