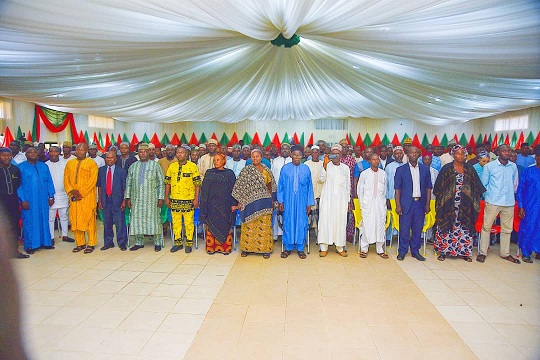 In his speech, the Executive Governor of the State, Ahmadu Umaru Fintiri congratulated and welcomed them to the home which some of them were among the founders that built it.

Governor AUF thereby applauded the Chairman PDP Adamawa State, Barr. A. T. Shehu who he described as a leader who is leading the Party in line with the policy of his administration.
The Governor called on the people of the State in respective of their political party to contribute for the development of the State stressing that the period of election is over and now is the period for all to unite and work for the interest and progress of the State.

The ATM Governor assured the decampees all the privileges any member of the PDP is enjoying and announced that hence, all the Stakeholders of SPD decampees have automatically become PDP stakeholders in the State.

He enjoined any of the decampees who is interested to contest for any post in the forthcoming Local Government election in the State to first go and register with PDP in his ward and obtain an interest form for primary election. 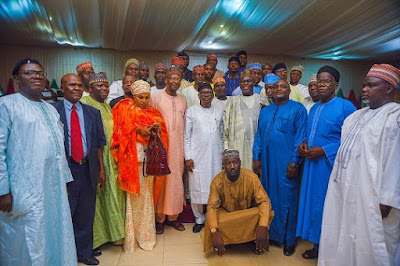 Highlighting some of the achievements recorded by his administration from his inauguration on 29th May 2019 to date, Governor Fintiri said that he has almost implemented the 11 points agenda he promised the people of the State. He listed the areas which he intervened quickly to include security which he said his new security architecture has drastically helped reduced the rate of crime in the state.

Governor Fintiri explained that within short time that he was sworn-in, he was able to pay two months salary arrears to Civil Servants in the State.
13:12
Adamawa Daily Reports
News
Email ThisBlogThis!Share to TwitterShare to Facebook