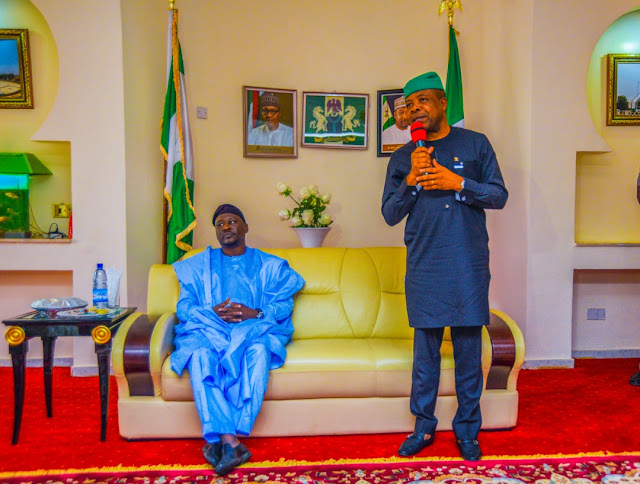 Governor Ihedioha who led a powerful delegation from Imo State to include World football legend, Nigeria’s Kanu Nwnkwo said that they were in the Government House Yola to sympathize with Governor Fintiri over the death of his father, Alh. Umaru Badami.

Governor Ihedioha explained that there is long history of positive association between the two states which must be sustain in perpetuity. He described Governor Fintiri as a man with good character, humble and hardworking, stressing that his late father has left behind the man that will wear his shoe while noting that his personal relationship with Governor Fintiri  is cordial. 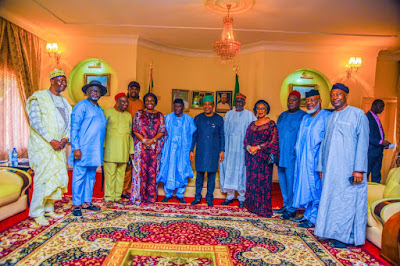 The Imo State number citizen pray to God to give Governor Fintiri and the good people of Adamawa State the fortitude to bear the irreparable loss. The Governor also used the medium to felicited with Adamawa Muslim Ummah on the occasion of Eid-El Sallah and wishing them a successful celebration.

Responding, Governor Ahmadu Umaru Fintiri thanked Governor Ihedioha and his entourage for the condolence visit noting that the visit is very significant to the relationship which the two states have being cultivating. Governor Fintiri assured that the relationship will be continued to foster for the development and betterment of Nigeria.

The number one citizen of Adamawa State reiterated his determination to pilot the affairs of Adamawa State accordingly so as to achieve greater development. He stressed that he will not fail Adamawa State while praying for journey mercy to his August visitors.