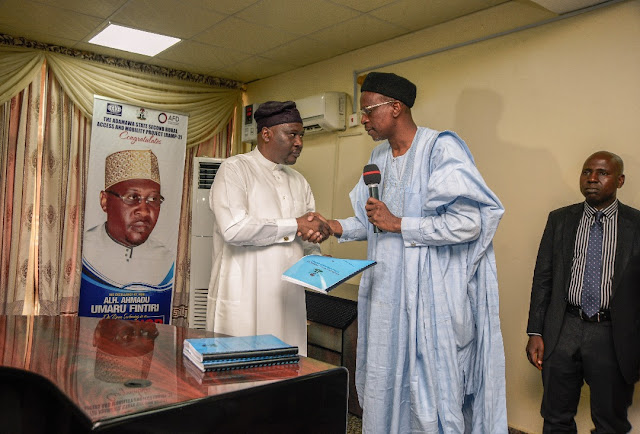 The Governor received the Panels’ report at the Chambers Hall in Government House Yola, who were inaugurated by the Secretary to the State Government, Ahmed Bashir on 12th June, 2019.
Presenting the report to the Governor and other top Government officials in the State, the Chairman Visitation Panel to Adamawa State University Mubi, Professor Mohammad Hamisu revealed that the University has over the years affected in area of administration due to frequent changing of Vice Chancellors. 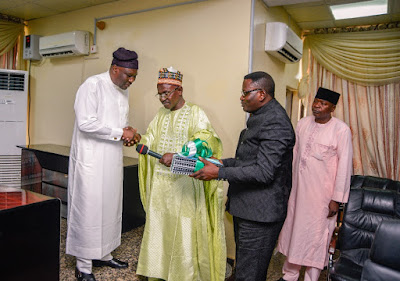 He further explained that based on the Panel’s findings, some of the salient maladministration of the Institution is failure to adhere to  due process in area of employment of staff resulting to de-standardization  of the University. Adding that the Vice Chancellor, Registrar and the Bursar of the University are on acting capacity.

Professor Hamisu stressed that the Panel discovered that the landed properties own by ADSU has been encroached due to lack of proper documentation of the properties this he added was in addition to weak administration of financial structure of the Institution.

Another revelation by the Panel was on the mismanagement of the Tetfund to the institution resulting to its staff who were on scholarship to study in other higher institutions to complete the programme using their personal money.

The Panel therefore recommended among others, the appointment of substantive Vice Chancellor for ADSU and constitution of an inter-agency that will comprise Ministry of Justice, Ministry of Land and Survey and Adamawa State University who will sit to properly document the properties of the Institution.

While presenting the report on Adamawa State Polytechnic Yola, the Chairman of the Visitation Panel, Professor Saidu Buba Shago revealed that the recent employment in the Polytechnic through waiver has resulted to over staffing of the institution.

He explained that due process was not followed between 2017 and 2019 in which over 800 staff were recruited through waiver making SPY to have 1 to 7 ratio of staff to students.

Professor Buba Shago further explained that the aforementioned staff were recruited and chocked in the administrative and academic departments leaving the technical department which is the backbone of the institution under staffed and improper utilization with incapable hands.

Other grey areas he outlined are the cases of theft in SPY which involve some of its staff but were not prosecuted notwithstanding police report that found them culpable. And, activities of the dreaded Shilla Boys cult group operating in the metropolitan, often times invading  and disrupting academic session.

Among the recommendation the Panel made include screening of staff of SPY, due process should adhere to in the employment and the employed staff should also accorded with.The illegal structures erected at the Southern Gate of the Polytechnic should be completely demolish this in addition to prosecuting the staff found culpable in the theft of the institution properties and refund of money illegally taken from the institution. 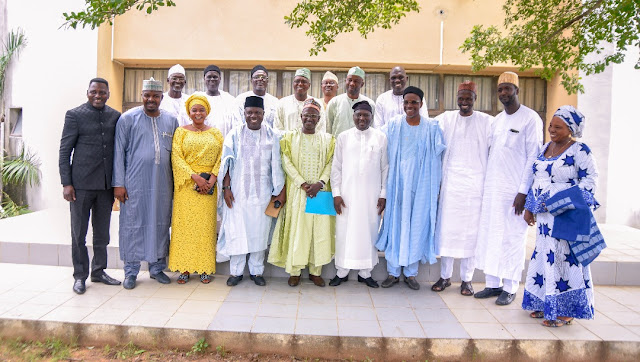 The Panel also recommended that a sole Administrator should be appointed for the Polytechnic.
Responding to the Panels report, Governor Ahmadu Umaru Fintiri said with immediate effect his administration will implement the recommendation of the reports for the betterment and interest of the state.

Governor Fintiri assured the State that very soon he will inaugurate a committee that will be responsible for the selection of substantive Vice Chancellor of ADSU. Noting that his administration will not allow political interference into the process.

He further explained that the Panels were inaugurated to investigate the grey areas which the education sector is suffering, having it be the backbone of any development of any community. Reiterating that his administration will give the education sector the desire attention.