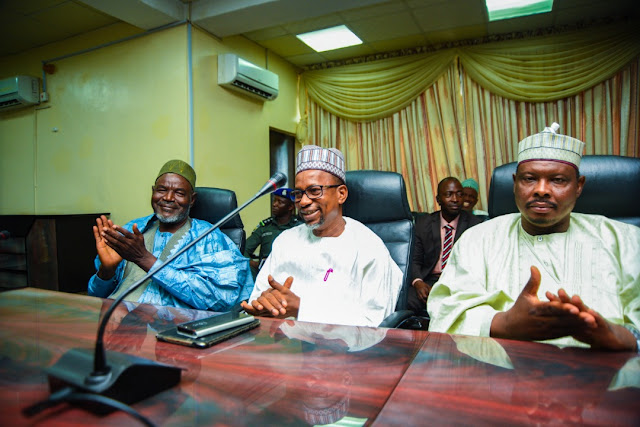 By Barnabas Augustine
A strong delegation of the Governing Council of the Modibbo Adama University of Technology (MAUTECH) Yola has paid a courtesy call on Governor Ahmadu Umaru Fintiri to solicit for his support in the ongoing struggle of the council to convert the institution into a conventional one.
Led by the Chairman Governing Council of MAUTECH, Mal. Bukar Zanna to the Governor at the Chambers Hall in Government House Yola, the Chairman highlighted the incidence that led to restriction of the University to its specialise area.

According to Mal. Zanna, MAUTECH was in years back admitting students to study courses other than that which the institution was mandated to offer. With the policy of the Government, MAUTECH was ordered not to offer courses that are not in its specialise area resulting to Joint Admission and Matriculation Board (JAMB) removed the courses from its brochure. 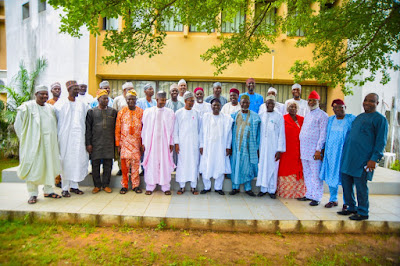 The Governing Council Chairman explained that this has resulted to drop in the number of admission to students especially in the catchment area.

Mal. Zanna therefore appeal to Governor Fintiri to interfere by using his office as Governor of Adamawa State, to lobby for the conversion of MAUTECH to conventional University.

While responding to the request, Governor Ahmadu Umaru Fintiri thanked the MAUTECH Governing Council for the visit and assured them that he will lead prominent sons of Adamawa State to the presidency in Abuja to lobby for the conversion of the institution to a conventional one.
Noting that MAUTECH is the only University in the region of North East that is restricted to science based and technology courses.

Governor Ahmadu Umaru Fintiri assured the Governing Council support of his administration and collaboration with MAUTECH in areas that will lead to the development of the institution as his administration is revitalizing educational sector in Adamawa State.
12:37
Adamawa Daily Reports
News
Email ThisBlogThis!Share to TwitterShare to Facebook