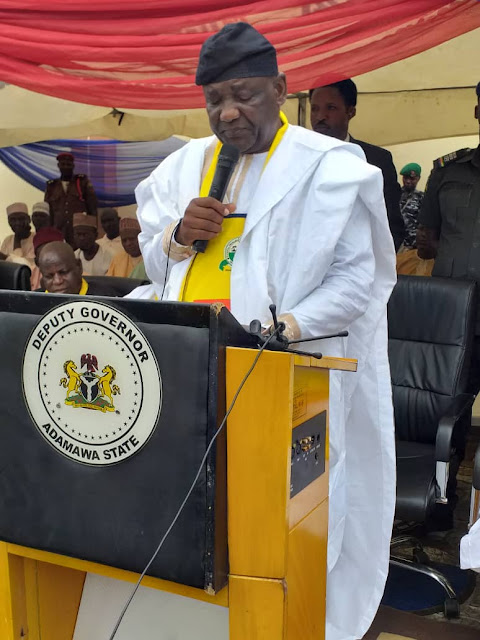 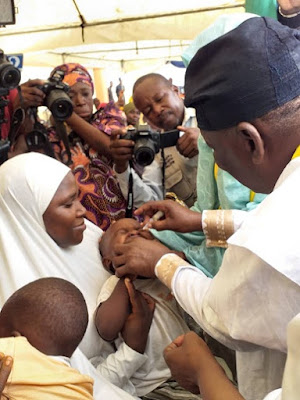 The Deputy Governor Chief Crowther Seth disclosed this  at the official flagg - off ceremony of the third round of NIPDs in Jimeta , Yola North. According to him, in less than 100 days in office the current administration has implemented many lifesaving policies and programs to protect children and women of child bearing age and also the activation of the State Taskforce on Immunization to strengthening and support routine immunization in the state through the saving one million lives program.

Chief Crowther Seth also said for the past 10  consecutive years, Adamawa State has not reported any outbreak of virus. He thereby called on parents to ensure that their children are vaccinated, adding that the vaccines are free, cost effective and harmless and it provide the necessary immunity that eliminate deformity.

He also called on all Local Government Chairman, traditional and religious leaders and media to lend their support to the final onslaught against polio in the state and Nigeria at large. 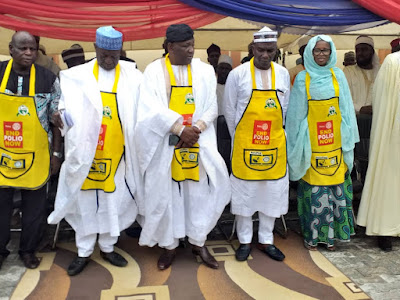 Earlier speaking,  the Executive Secretary Primary Healthcare Development Agency, Dr. Batulu Mohammed said the objective of the campaign is to reduce the number of unimmunized children in the state and to improve the herd immunity of environment community against the wild polio virus.

Dr. Batulu also reiterated there commitment in participating in various immunization campaign and ensuring that every eligible child received the required vaccines irrespective of immunization status.

Also in attendance are; The Hakimin Jimeta. Alhaji Inuwa Baba Paris, the  Chairman House Committee on Health HHon. Lekki, the Permanent Secretary Ministry of Health represented by Director Public Health of WHO Dr. Bwolki Dilli, the State Coordinator of WHO Pharmacist Iyobosa Friday and other dignitaries.