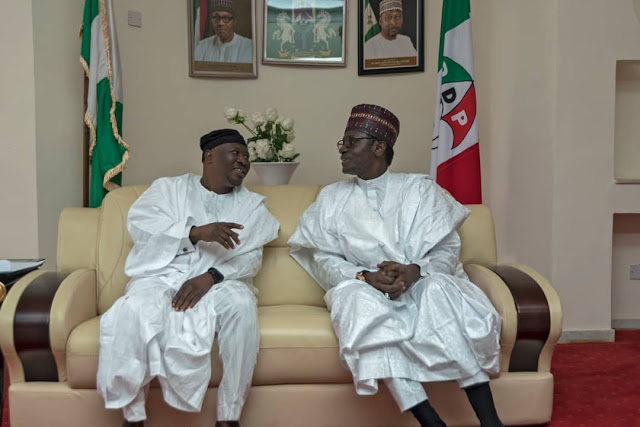 The Executive Governor of Yobe State, Alh. Maimala Bunu and the delegation of Peoples Democratic Party, PDP from Gombe State joined thousands sympathizers  to commiserate with Governor Ahmadu Umaru Fintiri over the demise of his father on Sunday, 28th July, 2019. Governor Fintiri received the sympathizers today, Wednesday in a separate visit at the Presidential Lodge in Government House Yola, GHY.

While delivering his condolence message to Governor Fintiri, Yobe State Governor, Alh. Maimala Buni said that the demise of late Alh. Umaru Badami is a monumental loss not only to Adamawa State but also to Yobe and the entire North East of Nigeria.

Governor Bunu who said death is inevitable and all human beings will taste it, pray to God to comfort Governor Fintiri, his immediate family and the entire people of Adamawa State over the great loss.
The Peoples Democratic Party Gombe State led by the State Chairman, Barrister Joel Jagaba said they were sent by the immediate past Governor of the State,  Alh. Ibrahim Hassan Dankwambo to commiserate with Governor Fintiri. 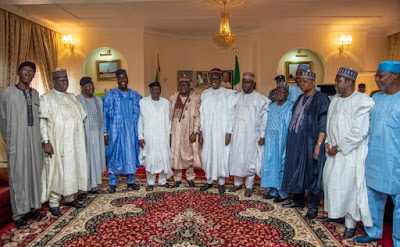 The delegate comprise of PDP stakeholders in Gombe who prayed for God to grant the repose of the decease paradise in perpetuity.

Similarly, Ambassador Umar Damagun who was the Gubernatorial Aspirant of the PDP in the 2019 polls in Yobe State was accompanied by PDP stakeholders from Yobe State to commiserate with Governor Fintiri. 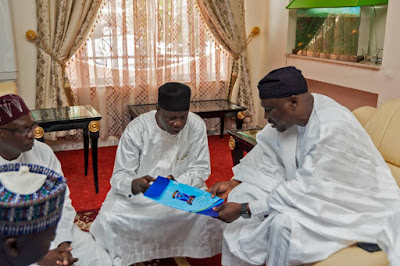 In a separate response, Governor Fintiri thanked Yobe State Governor Alh. Buni and his delegation for the visit, noting that Yobe and Adamawa States have mutual relationship and it will continue to be strengthened. And, to PDP Gombe State thanked them for their condolence and prayers for the repose of his late father. He equally thanked all who commiserate with him, his family and the entire state.

On his part, the Chief of Staff Government House Yola, Prof. Maxwell Gidado SAN, while delivery a vote of thanks, thanked Yobe State Government and prayed to God to grant them journey mercy.