NEWS;Gov Fintiri Approves Appointments of Chairman, Members of Governing Board For ADSU Mubi . 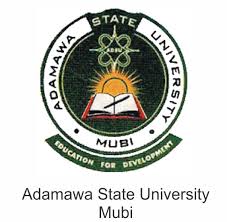 25/09/2019
By Barnabas Augustine
Governor Ahmadu Umaru Fintiri of Adamawa State has approved the appointment of the Chairman and members of the Governing Board for Adamawa State University Mubi.

In a statement signed by the Director-General Media and Communications Government House Yola, Solomon Kumangar and made available to Journalists said that the appointment is with immediate effect.

Earlier during a courtesy call on Governor Ahmadu Umaru Fintiri in Government House Yola by the delegation of the Management Staff and Union Officials of the Adamawa State University Mubi, the Governor revealed that the appointment of the Governing Board members will serve as a process of appointment of substantive Vice Chancellor and Registrar of the University.

It could be recalled that since July 2017 the Vice Chancellor of Adamawa State University Mubi, Prof. Kaletapwa Farauta George has being serving as acting V.C. of the higher learning institution of the State up to date.
01:36
adamawadailyreport@gmail.com
News
Email ThisBlogThis!Share to TwitterShare to Facebook