NEWS;Gov Fintiri Condemns in Strong Terms Killing of Alh Balli, Others in Adamawa 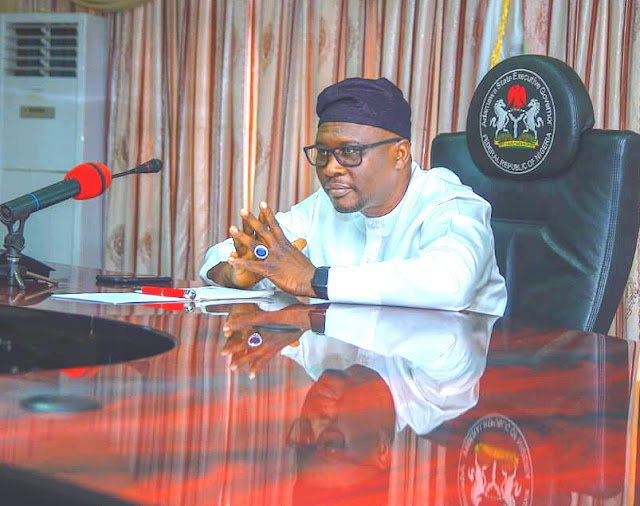 The Adamawa State Governor, Rt Hon Ahmadu Umaru Fintiri has condemned the killing of the Chairman Tabital Pulaaku Joondie Jam, Alh Abdu Balli and others in the ancient city of Yola.

The statement reads in part:
“Governor Ahmadu Umaru Fintiri of Adamawa State, has condemned in strong terms the killing of Alh. Abdu Balli, the Chairman Tabital Pulaaku Joondie Jam and one other in Yola.
“Mr. Governor is deeply saddened that another precious life has been needlessly taken casting a dark pall on the celebration of the Nigeria’s Fifty-Ninth Independence Anniversary in the state.

“Governor Ahmadu Umaru Fintiri has equally condemned the killing of Ishaya Dauda P.D.P. Ward Chairman of Muchalla in Mubi North Local Government which also occurred on Independence Day.
“The Governor has since directed the Police to go after and apprehend the killers.
“He condoled the families of the deceased and wished those injured quick recovery”.
07:51
adamawadailyreport@gmail.com
News
Email ThisBlogThis!Share to TwitterShare to Facebook