NEWS;NCPC APPEALED TO STATE GOVERNMENT TO SPONSOR CITIZENS TO JERUSALEM. 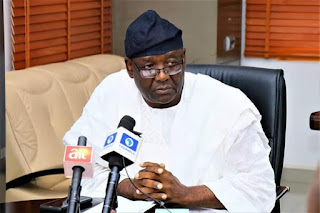 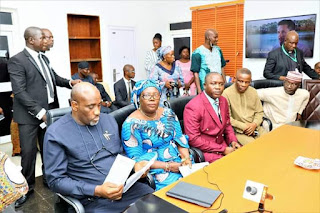 Nigeria Christian Pilgrims Commission (NCPC)has appealed to Adamawa State Government to sponsor citizens  to the holy city of  Jerusalem for the 2019 pilgrimage so as   to strengthen  religious harmony among Christian faithfuls.

The Chairman  Nigeria  Christians Pilgrims Commission, Reverend Yomi Kasali  made the appeal when the management of the Commission paid a courtesy call on the Government House Yola, today. He  said they were in the State to Sensitized the  People on the importance of performing pilgrimage and the blessings attached to it. 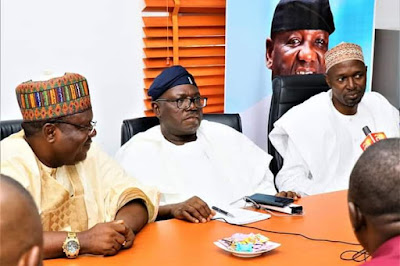 According him, the country needs fervent prayers  to over come the prevailing challenges and  further called for all  hands to be on deck to achieved  the purpose .Rev Kasali had also commended the State Government for their previous support in the area of  sponsoring Christians faithful to the Holy Land of  Jerusalem and urged them to do more this year.

He described Adamawa  as one of the best State in sponsoring a high number of Christians to the Holy land.

Reverened Kasali disclosed that, the official flagging off, of airlifting  is scheduled for November 17, this year.

In his response, the Deputy Governor,Chief Crowther Seth applauded the visit and pledged Government support and cooperation in that area.

He commended the Adamawa State Pilgrims for conducting themselves properly whenever they  embark  any  pilgrimage to the holy land, he assured the Commission that ,the good behaviours exhibited by Adamawa pilgrims will be maintained always.

The Secretary to the State Government, Bashir Ahmad, the Chief of Staff Prof. Maxwell Gidado SAN, and the Head of Service Dr. Edgar Amos were the State Government delegation that received the NCPC leaders alongside the Deputy Governor.
11:48
adamawadailyreport@gmail.com
News
Email ThisBlogThis!Share to TwitterShare to Facebook