Home » News » NEWS;DEPUTY GOVERNOR CHARGES SCHOOLMATES TO PROMOTE PEACE AND UNITY AMONG THEMSELVES.

NEWS;DEPUTY GOVERNOR CHARGES SCHOOLMATES TO PROMOTE PEACE AND UNITY AMONG THEMSELVES. 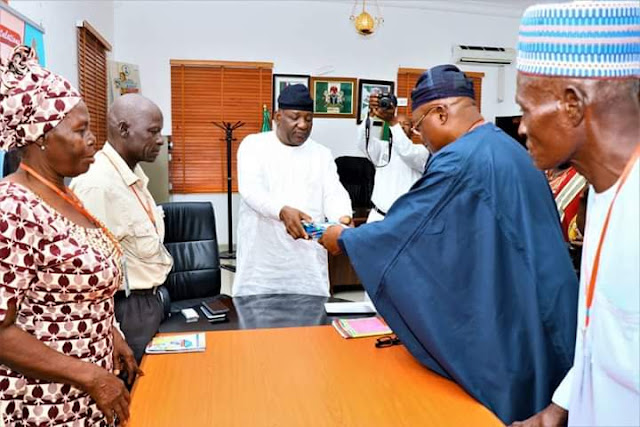 This came to fore when the Deputy Governor, Chief Crowther Seth  received  his Primary schoolmates at his office today.

The reunion of the Class 1 of 1961, Lamurde Primary School  SUM was full of nostalgia as the old classmates shared old times jokes and reminisced on their past experiences. 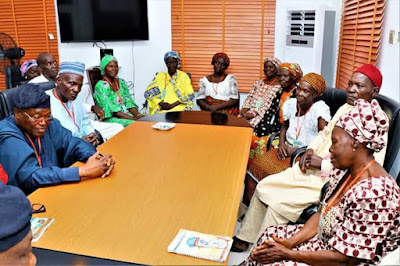 Leading the group, the duo of Mr Alvah Elkanah and Mr Enan Taate informed the Deputy  Governor that they  were in his office to congratulate and to also thank Adamawa State Governor, Ahmadu Umaru Fintiri for the gesture bestowed on them by picking their primary school mate to serve in the capacity of his Deputy.

Responding,Deputy Governor Chief Crowther Seth expressed delight and thanked God for sparing the lives of some of them up to this moment.  According to him, it was a class of 45 pupils but so far only 20 of them are alive  today. He regarded the union as a rare opportunity that deserves God's appreciation, adding that the Union should always promote peace and the spirit of  togetherness among themselves. 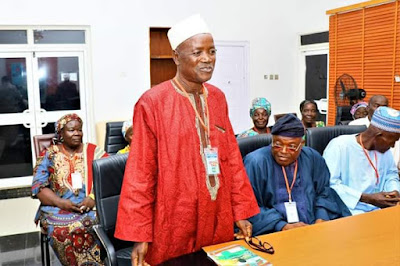 After thanking his mates, he highlighted the developmental projects being embarked upon by Governor Fintiri and how the Governor is doing everything possible to better the lives of everyone in the state irrespective of age, tribe or creed.
12:57
adamawadailyreport@gmail.com
News
Email ThisBlogThis!Share to TwitterShare to Facebook