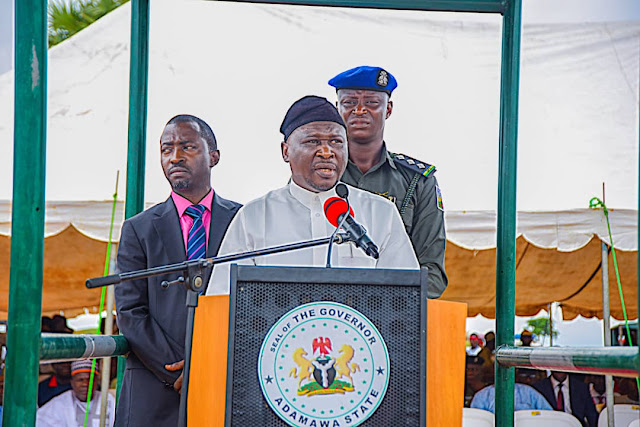 The Adamawa State Governor, Rt. Hon. Ahmadu Umaru Fintiri has described his victory at the Election Tribunal following a petition filed by the All Progressives Congress, APC challenging his victory at the 2019 General Election as a re-affirmation of the people’s mandate.

In a press statement signed by the Director-General Media and Communications Government House Yola, Solomon Kumangar said that Governor Fintiri lauded the Election Petition Tribunal for being upright.

The statement which read in parts said:
“Governor Ahmadu Umaru Fintiri has described the judgment of the Election Tribunal upholding His election and the Peoples Democratic Party (PDP) as a re-affirmation of the people’s mandate and an added impetus to His drive to make Adamawa State work again.

“He lauded the Election Petition Tribunal for being upright and just and thanked the entire citizens of Adamawa State for their support and prayers.

“Governor Ahmadu Umaru Fintiri also extended a hand of fellowship to the opposition parties to join Him in revamping the battered fortunes of Adamawa State.
“Finally, the Governor restated His firm resolve to work for the good of the people of Adamawa State and never letting them down”.
00:33
adamawadailyreport@gmail.com
press release
Email ThisBlogThis!Share to TwitterShare to Facebook