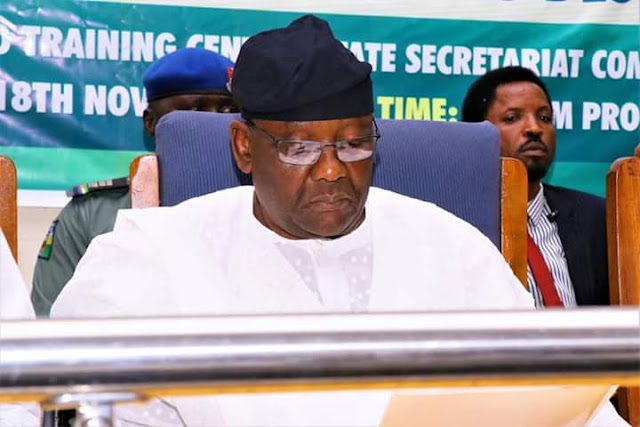 Packaged and well organized, ' the exercise is part of activities put together by Governor Ahmadu Umaru Fintiri led administration to introduce and familiarise the participants with the processes, procedures of the public service as well as adherence to fiscal discipline. 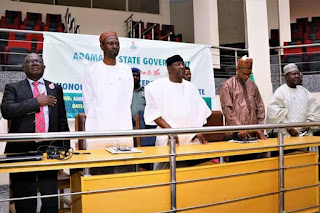 Declaring the induction exercise open, the Executive Governor of the State, Ahmadu Umaru Fintiri, said that the event is part of programmes designed to get the best of the State Executive Council.

Governor Fintiri revealed that the primary objective of his administration is good governance characterised by adherence to rules and procedures, transparency and accountability.

He lamented that the State has suffered the crisis of under development against the background of of its untapped abundant natural and human resources. 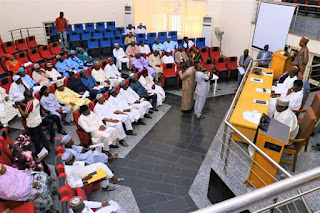 The Governor who was represented by his Deputy, Chief Crowther Seth, urged them to prepare and work hard by putting their wealth of experiences to bear in transforming the State to the greater heights.

He said that the Government expects nothing less than excellent performance through dedicated and committed to service from all them, saying that the sure way of this is by developing a harmonious working relationship with the technocrats.

In his remarks, the Secretary to the State Government (SSG), Mallam Bashiru Ahmad, said that the exercise will be a landmark point of reference in the present administration's efforts towards fulfilling its campaign promises and ensuring of Fresh Air across the state. 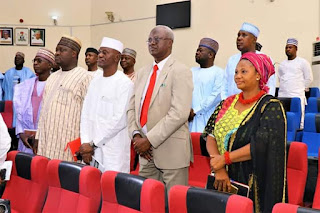 The SSG observed that the major weaknesses in the implementation of Government policies and programmes have been that of poor resources forecast, weak institutional reforms as well as weak monitoring and evaluation.

The Vice Chancellor of the Modibbo Adama University of Technology Yola Prof Liman Tukur who chaired the event urged Commissioners designate to adjust to the strategy of the Fintiri led Government and to avoid pitfalls.  He urged them to take cognizance of four key areas namely, civil service structure, planning budgeting and finance, public procurement law and monitoring and evaluation of projects.

The Adamawa State Head of Service Dr Edgar Amos enjoined them to eschew corruption in all its ramifications.

The Commissioners designate also attended a technical session of the programme where they    they underwent trainings on the prince of good governance through team work.
11:45
adamawadailyreport@gmail.com
news update
Email ThisBlogThis!Share to TwitterShare to Facebook