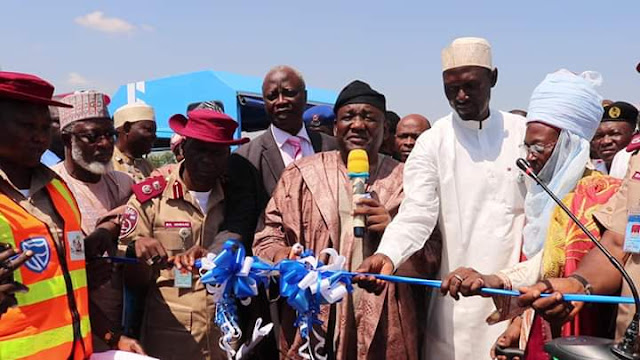 As festive period approaches, motorists have been reminded to use the road wisely and stay alert when driving .

Chief Crowther Seth, the Deputy Governor in the company of the Secretary to the State Government, Ahmad  Bashir stated this while declaring open the 2019  official flag-off of "Operation Zero Tolerance" by the State Command of the  Federal Road Safety Corps held at the NNPC Depot in Yola.

Crowther noted that this year's theme "Road safety is a state of mind, road traffic crash is an absence of mind ,stay alert, stay alive" is timely as we approaches the festive period ,commended the Road Safety Corps for the initiative. 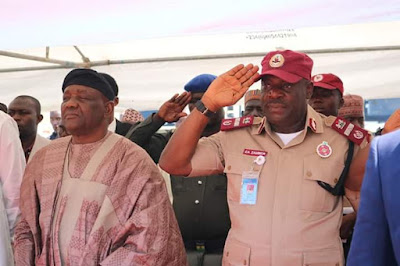 He said that Fintiri led Administration will continue to support the Command to curb the menace of road accident in the state. calling on the road  users to obey the traffic rules.

The Deputy Governor attribute the high rate of accident  to careless driving, absence of mind  and over load  hence the need to take drastic action that will minimize the rate of accident in the State.

He therefore appealed to the road users to obey the rule of the road traffic so to record zero accident in the State.

In his remark, the Federal Road Safety  Zonal Commander in charge of Adamawa and Taraba, Mr  Edward  A Zambe said ,the programme was meant to remind roads users on the need for safety while driving on high ways.which according to him accident can be avoidable when obeying the road traffic

The Commander  urged the motorist to avoid over speeding ,over load and night journey which are the main causes of accident .And service their car before embarking on any journey is important, he explained.

There were a goodwill massages by the state commander of NDLEA Yakubu Kibo,VIO,Deport Manager NURTW among others.
11:39
adamawadailyreport@gmail.com
News
Email ThisBlogThis!Share to TwitterShare to Facebook