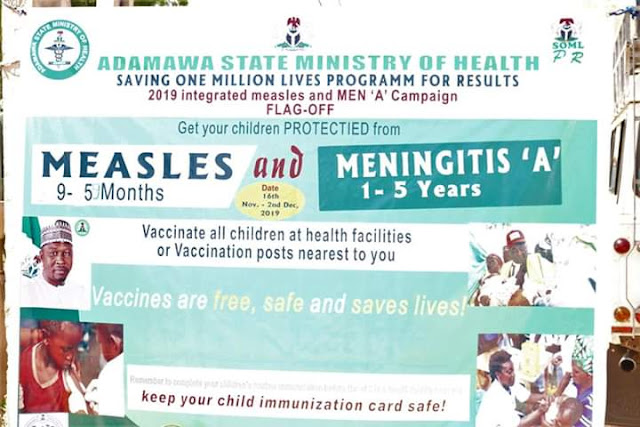 Intergrated Measles and Mass vaccination Campaign has been flagged off by Adamawa State Governor Ahmadu Umaru Fintiri in Girei LGA of the State. 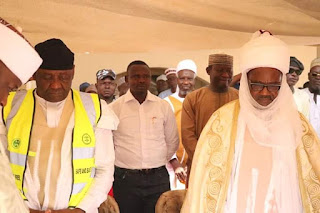 Represented by the State Deputy Governor, Chief Crowther Seth who attended the event at the palace of the District  Head of Girei in the Local Government, expressed delight at the level of acceptance and the turn out of parents with their children for the exercise,the governor enjoined all  parents and caregivers of children from 9 months to 59 months and those between the ages of 1-5years through out the state to avail them the opportunity to be immunized with the vaccine.  He thereafter charged Local Government Chairmen, traditional and religious leaders and health officials to be proactive in addressing the challenges that may arise at the course of the exercise.

The Chairman of the Primary Health Care Development Agency, Dr Batulu Isa Muhammad  said exercise will take place throughout the state and further appreciated the role of.the donor partners such as the WHO, UNICEF,AFENET, CDC,SOML in ensuring the provision of the needed support for the success of the eradication of killer diseases in Africa..

The Primary Health Care says it has a target of immunizing 5000 children in the State. 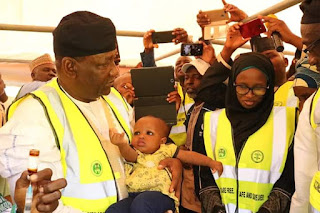 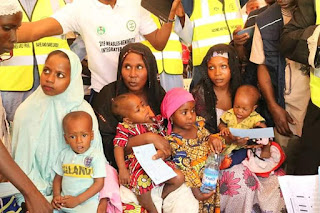