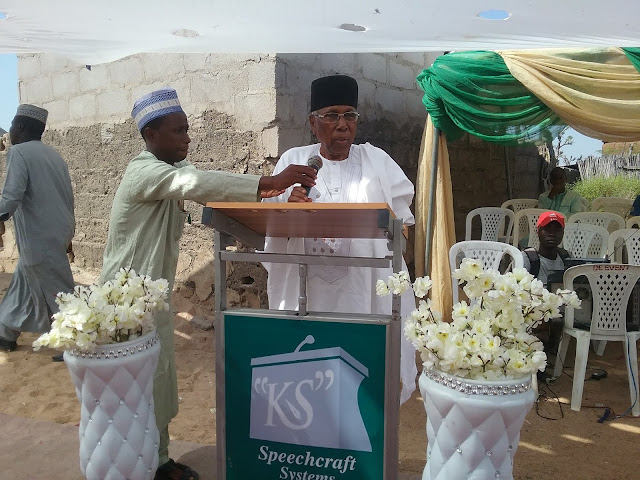 NAJMA and H.D foundations are non governmental charity foundations whose objectives is to promote peaceful co-existence among people in society and also empower women and youth on entrepreneurial skills for self reliance. 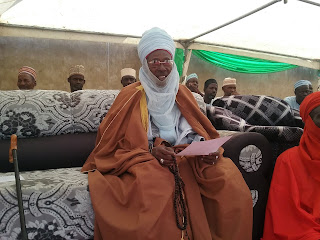 In an opening remarks at the occasion,   by Alhaji Ahmed Joda, commended organisers of the lectures for their wonderful initiatives. He maintained that no nation can forge ahead without peace. Joda called on people of Njoboli community to shy away from their differences of tribal and religious intolerance for peace to reign amongs them. He further challenged youth in the community to emulate H.D and NAJMA foundation.
Also, in a presentation by Mr. John Manabete, stated that peace is paramount in every society and it cannot be achieve  without having peace of mind within oneself, peace at home, with neighbours and  exhibiting good conduct in  a community. He further challenged traditional rulers and religious leaders to treat their subjects  with  equity and fairness irrespective of tribal or religious affiliation . Mr. Manabete, called on people of the community to shun hatred and imbibe the spirit of forgiveness, engage in dialogue whenever there is conflict which will go along way in resolving conflict. The presenter also advised the people to revive cultural sharing, organising sports among youth etc.

In their separate remarks, the representative  of Njoboli  Community, Alhaji Abubakar siddiki, lauded H.D and NAJMA for the timely intervention, he called on his subjects to embrace peace and say no to violence.

Similarly, the representative  of Njobolio community, Jibrilla Jare, urged people in the community to live as brothers keepers.

Furthermore,  a representative of Christian faith of Njobolio community, Mr.Titus Ishaya, called on all and sundry to learn to forgive and love one another. Meanwhile, the chief imam of Njoboli,  Abubakar Idi, reminded people on accountability of their deeds on the day of resurrection.

In a closing remarks the District Head of Yola South, Alhaji Ahmed Muhammad admonished people to shun away from violence. The two foundations thanked everyone for attending the lectures and their  contributions towards promoting  peaceful Co-existence.

Highlights of the occasion was drama on peace and unity by those who knows how to do it better.