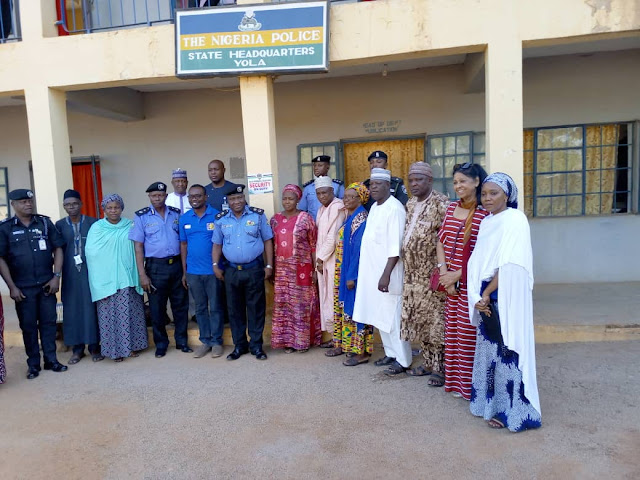 The Adamawa State Police Command has vowed to end Gender Based Violence in the State. This was contained in a statement made by the Police Commissioner,  CP Audu Adamu Madaki, in his office, on Wednesday,   the 11th December, 2019, when a coalition of campaign against gender based violence paid him an advocacy  visit to mark one of the activities of 16 days of activism.

The CP maintained that, their mandate is to prevent crime, protect the rights of people in the state, and his subjects are up and doing in ensuring that they carry out their duties diligently. He sighted an example with how his officers dealt with the dreaded shila gangs in the state as a remarkable achievement. Madaki, maintained that, ending GBV is a collective responsibility of every one in the society. He added that there is a synergy between the police and judiciary to ensure they arrest and prosecute perpetrators of rape.

The Commissioner, further suggests for more sensitization campaign to parents to ensure safety of their children. He promised to collaborate with ministry of women affairs in protecting and promoting the plight of women and children.

However, the leader of the coalition, the programme officer, United Nation Populations   (UNFPA) Dr. Danladi Idrissa, in his remarks stated that; the solidarity visit to police command is to advocate to the world to end GBV most especially rape among women and girls. Dr. Idrissa,  said  “ since inception of referral centers of rape cases in the state two years ago, the center recorded two hundred( 200)cases of rape”.

He solicited for police continuous support to ensure  perpetrators of rape are brought to book.