SPECIAL REPORT;GOV FINTIRI COMMENDS ARMY ON ITS EFFORT IN TACKLING INSURGENCY IN NORTH EAST, REITERATES COMMITMENT TO SUPPORTING THE MILITARY . 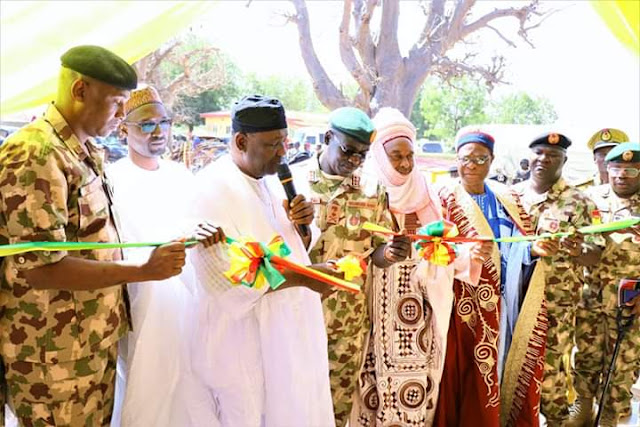 Adamawa State Governor, Ahmadu Umaru Fintiri has commended the Nigerian Army for its efforts geared towards ending terrorism and also its ability in protecting the territorial integrity and the support it also accords to internal security in the country. 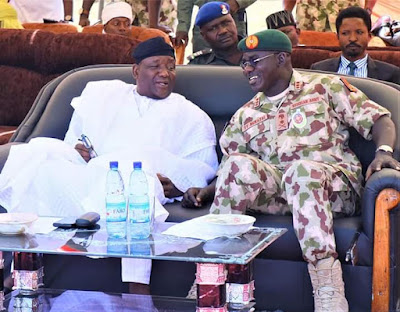 The Governor made the remark while presenting a goodwill message at the occasion of the commissioning of projects at the Gibson Jalo 23  Amoured Brigade in Yola.

Represented by the Deputy Governor Chief Crowther Seth, Governor Fintiri said his government is making efforts to reciprocate the efforts of the army by renovating the Secondary School in the Barracks and also the rehabilitation of road networks within the cantonment.
He pointed out the his Government has recently coopted the military into its security arrangements called OPERATION FARAUTA to which vehicles have been given to security forces to help in combating crime in the State 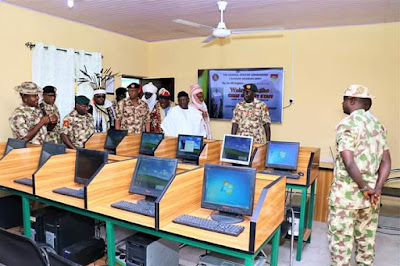 The Chief of Army State Lt Gen Tukur Buratai who officially commissioned the projects which included the entrepreneurship and skills acquisition centre, Medical centre, a transit accommodation camp and the foundation laying for the perimeter fencing appreciated the efforts of the gallant fighting troops on the frontline.  He also appreciated the support the officers and men are receiving from their various families and further admonished them to keep up the good works.  He maintained that the welfare of troops remains a priority which he will continue to ensure. 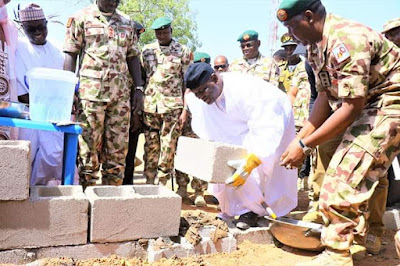 The army chief also commended the role of the Adamawa State Government in working in synergy with security operatives for a crime free environment while maintaining that the army is working hard and round the block to keep the country safe.

The Secretary to the State Government Bashir Ahmad and the Chief Of Staff Prof Maxwell Gidado where among top Government figures who attended the event.
01:38
adamawadailyreport@gmail.com
Special Report
Email ThisBlogThis!Share to TwitterShare to Facebook