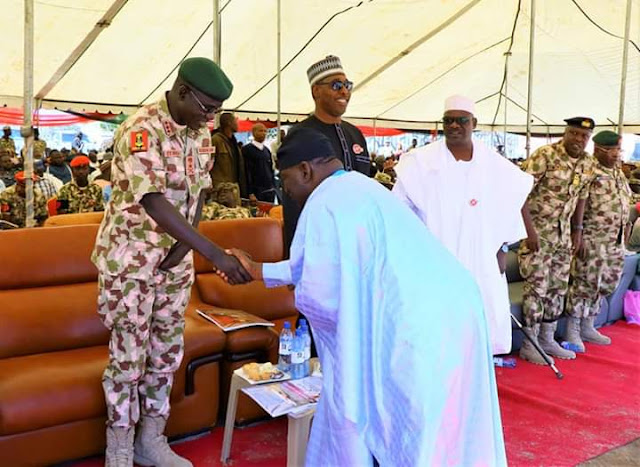 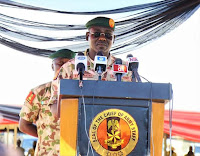 ,
The occasion which was a morale booster for soldiers fighting on the frontline was attended by top military brass and high ranking Government functionaries  .

Chief of Army Staff Lt General  Tukur Buratai who decorated the troops urged them to keep up the good Works by remaining courageous in protecting the territorial integrity of the country and ensuring it is  intact.

General Buratai further assured the troops  that government will always ensure that they are fully equipped with the necessary weaponry needed to fight terrorism.
He thereafter urged the gallant troops to always remember that Nigerians are fully supportive of their efforts. 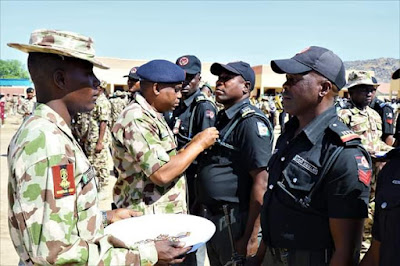 Adamawa State Governor Ahmadu Umaru Fintiri who served as special guest at  the special event commended the army staff for the tremendous progress in the fight recorded at the course of  combating  terrorism and insurgency.

Represented by the Deputy Governor Chief Crowther Seth, Governor Fintiri disclosed that the ability of people to gather in Gwoza for such an auspicious event  is a testimony of efforts and sacrifice made to bring  peace nack to the North East.  He particular commended troops under operation Lafiya Dole for doing a great service to the nation and also urged them to maintain the momentum.

The Governor further commended the Chief of Defence Staff, the Chief of Army Staff and all service chiefs for their commitment towards the task of tackling insurgency.

He finally congratulated all the recipients of the OPERATION LAFIYA DOLE medal. 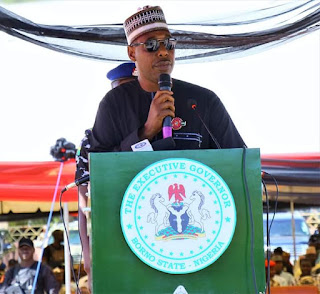 There were speeches of encouragement to the soldiers from the Governor of Borno State Prof Babagana Zullum , Hon Abdulrazak Namdas , Sen Ali Ndume and a host of others