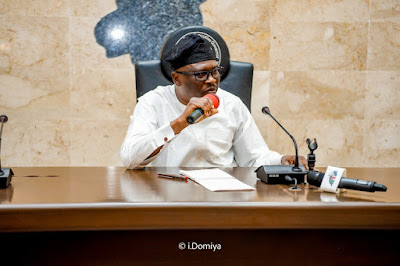 Governor Ahmadu Umaru Fintiri has assured that Michika and Madagali Local Government Areas will soon be connected to national grid.The Governor assured the communities Tuesday during a courtesy call on him by sons and daughters of Michika Local Government at the Conference Hall, Government House Yola.

The number one citizen of Adamawa State has said that he has directed Ministry of Infrasructure, Rural and Community Development to liase with Yola Electricity Distribution Company to start process of rehabilitation and reconnection of the affected Local Government Areas to national grid which was destroyed by the dreaded Boko Haram terrorists about six years ago.

Governor Fintiri also assured Michika Community that the Adamawa State Health Technology which is presently located in Mubi will be moved to Michika where the law establishing it cited.

Adding that his administration is for all and he will continue to do justice to all. 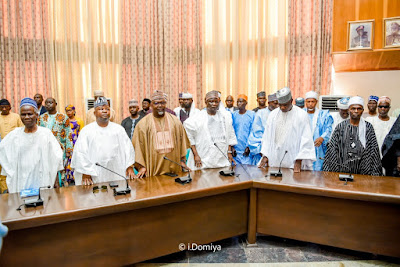 Earlier, the spokesman of the Community, Mr. Sini Kwabe  said they were at the Government House Yola to congratulate Governor Ahmadu Umaru Fintiri over his landslide victory at poll and his recent victory at the Supreme Court and to thank him for supporting Michika community since his ascension to power. Maintaining that the community has come to thank the Governor irrespective of their differences in politics, religion and other affirmatives.

He applauded the Governor for improving security in Machika and Madagali axis while thanking him for condoling the community over the death of the slayed CAN chairman of Michika, Rev. Lawan Adimi by insurgents.

Mr. Kwabe assured the Governor that Michika community will do all its best to actualize the movement of the State Health Technology from Mubi to Michika. He  appealed to Governor Ahmadu Umaru Fintiri to appeal to the Federal Government to  speedily construct two Michika bridges that were vandalized by Boko Haram and to restore electricity in Michika.

On his part, the chairman, Michika Local Government, Michael Shehu thanked Governor Ahmadu Umaru Fintiri for his sincerely love to the people of Michika and reiterated his peoples unflinching support to the present administration.