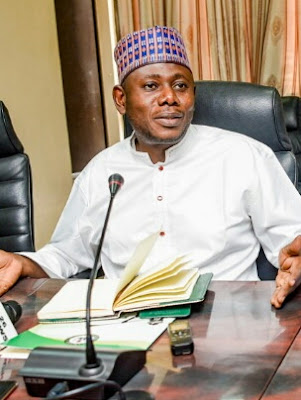 Adamawa State Executive Council has ratified White Paper on the report for the Technical Committee for the Evaluation of Civil Servants in the state and approved the procurement of vehicles for both the Executive and the State House of Assembly Members.

The EXCO members ratified and approved these respectively during its second seating of the year at the Council Chamber, Government House, Yola.

Briefing newsmen immediately after the meeting, the Honourable Commissioner, Ministry of Information and Strategy, Dr. Umar Garba said that the Executive Members in its second seating for the year  approved the white paper on the report for the Technical Committee for the Evaluation of Civil Servants in Adamawa State.

Adding that the Technical Committee report which was headed by Engr. Benson Jelani, mni has its white paper ready which the State Executive Council ratified and approved its implementation. The Commissioner explained that the white paper basically evaluated the nature of civil service in the state and the need for its reform. Stressing that the white paper report has recommended a lot of measures which will be communicated to the public soon.

Fundamental among the recommendations, Dr. Garba emphasized that it was found out that the position of the Deputy Permanent Secretary is not known in the Civil Service, so, the Government is planning henceforth there would not be promotion to the office of the Deputy Permanent Secretary.
The spokesman of the EXCO also brief newsmen that the EXCO members ratified and approved procurement of vehicles to both members of the Executive Council, the members Adamawa State House of Assembly and the office of the Honourable Speaker of the House.

He explained that the EXCO in its wisdom approved the procurement of the vehicles to the State House of Assembly members because of their committee responsibility which include oversite function that require vehicles for the function while for the EXCO members, the Commissioners needs vehicles for their Ministerial activities and other operations which was basically the reason why the EXCO  ratified and approved the procurement of the vehicles.