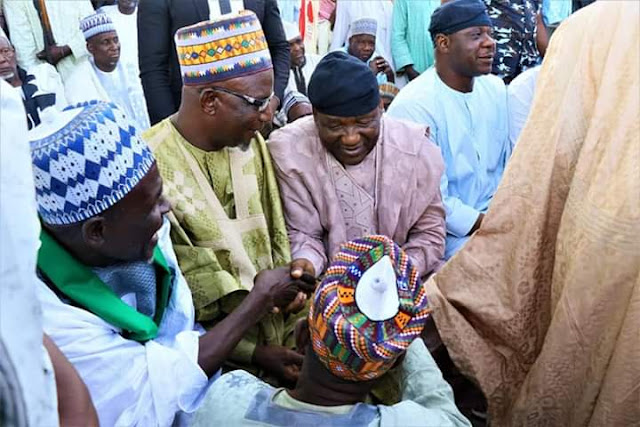 Governor Fintiri has called on the Fulani community to live peacefully with themselves and with any set of people across the State and in the country in General.

The Governor made the remark when he attended the installation of Alh Yau Isa as  the Chairman of the Adamawa State Chapter of the Tabital Pulaku which took place at  Bole Ndolde  in Yola South  LGA today. 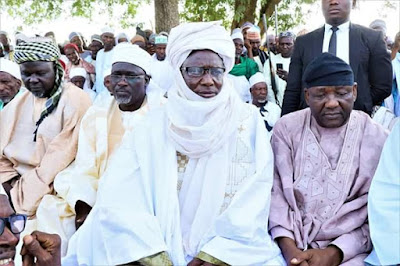 Represented by the State Deputy Governor Chief Crowther Seth, Governor Fintiri further tasked the fulani people to wary of strangers amidst them who will forment mischief and then disappear living crisis and blame on residents.

The Chairman of Yola South LGA,  Hon Salihu Usman Malkohi called on the new leader to carry everyone along and to always collaborate with Government.
Responding the New Chairman of the Tabital Pulaku, Alh Yau Isa promised to live up to the expectation of the confidence reposed in him by carrying everybody along while also relating with the constituted authority.  He described the fulani people as peace loving and further admitted that dealing with cattles can be a very difficult task since they are not humans. He advised for amicable resolutions of problems that may arise among farmers and herders instead of crisis.

There were also speeches from the representative of the Lamido of Adamawa, the Miyetti Allah,  Lamido Pulaku and the Deputy Chief of Staff Malam Sani Ribadu.
10:56
Adamawa Daily Reports
Email ThisBlogThis!Share to TwitterShare to Facebook