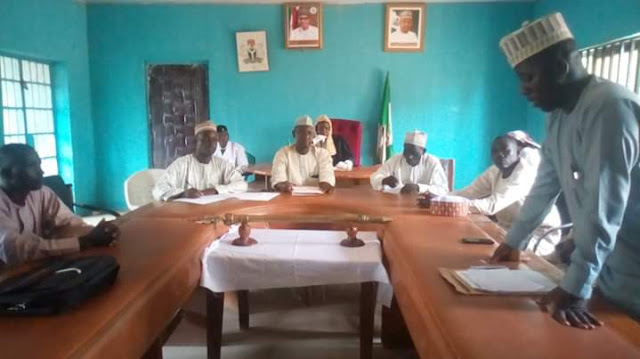 The Ganye Local Government  Legislative Council during it plenary sitting on the 26th of March 2020 has directed for the suspension of two supervisory Councillors following a petition it received from some concern citizens of Ganye.


However, the Legislative Councillors who unanimously supported the suspension have directed the House Committee on Public Petition to look into the petition and come up with a report on or before Tuesday next week and has directed the Clerk to communicate to the Executive Chairman of the Local Government.
12:53
Adamawa Daily Reports
News
Email ThisBlogThis!Share to TwitterShare to Facebook