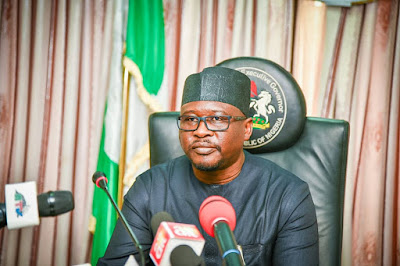 Governor Ahmadu Umaru Fintiri has relaxed the lock down imposed on Adamawa State which was backed by the Executive Order signed for a two-week stay at home/restriction of movement, exempting those on essential services.

In a special broadcast making the end of the 14 days coronavirus restriction in the State, Governor Fintiri said that the measure taken was to protect the citizens from getting expose to COVID-19 while admonishing the people of the State to endure the pains of today to avoid the consequential damages of an advent of COVID-19 tomorrow, in a vulnerable state like Adamawa.

Governor Fintiri reveal that in the new order for the relax lock down include all Private and Public Schools remain closed till further notice, while movement will only be allowed within the boarders of the State.

Adding that travels into and out of the State remains banned and our international borders will also remain closed. Here, I urge our security agents to enforce the Closure Order to the later in view of reports that there have been cases of people defying the closure order and coming into the state from neighbouring Countries where the scourge of the COVID-19 virus has reached an alarming rate.  For the avoidance of doubt, any vehicle conveying passengers into the State will be impounded at the entry point and the occupants moved into a quarantine Centre, in the boarder Local Government, to be established by the State COVID-19 Containment Committee.

Governor Fintiri emphasised that all social and religious gatherings, seminars, workshops, congresses and the likes with more than 50 people, in whatever form remains banned in the State. Also, he said that tricycles shall not take more than two passengers. Clubs, cinemas, liquor houses and similar joints shall also observe social distancing, maintain high level of personal hygiene and abide by the limit of 50 people.