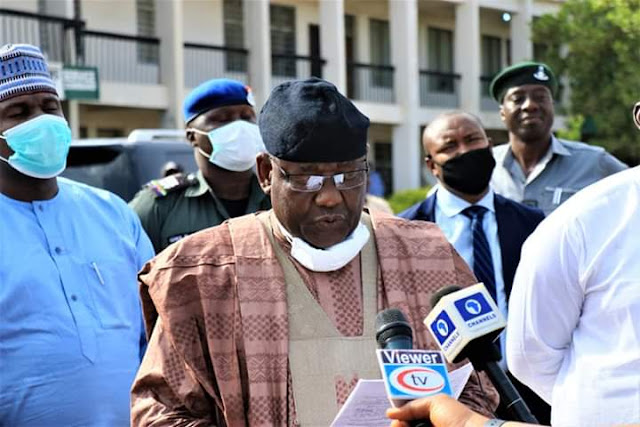 Federal Government has presented three trucks of 50kg per boiled  rice to the state as part of efforts to reduce the hardships caused as a result of COVID 19 pandemic.

Deputy Governor of the state, chief Crowther Seth received the items on behalf of the state government at the State headquarters of the Custom Service office in Yola.

Contrary to some reports that state Government received trucks of rice from federal government as palliative measures. This is the first set of palliative received from the Ministry.

Deputy Governor of the state chief, Crowther Seth who received the items on behalf of the state Government thanked the federal government, saying the intervention came timely.

Chief Seth noted that the Government of Ahmadu Umaru Fintiri is mindful of the current challenges, and he  explained furthe that measures have been put in peace by state Government to curtail the spread of corona virus pandemic in the state.

He challenged those spreading rumours of receiving items from federal government to always cross check their information and assured of the even distribution of the items to the poor. 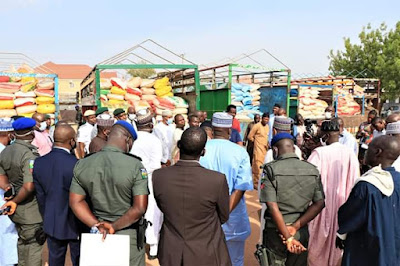 The Director Humanitarian Federal Ministry of of Humanitarian affairs Grema Ali Alhaji said the presentation of the items is inline with the federal Government's directives to provide palliative to the citizenry.

The Area comptroller of customs in charge of Adamawa and Taraba states Kamardeen Olumoh who had earlier presented the total of 1800 bags of Rice for onward distribution said it is in support of federal government in the fight against COVID 19.
13:39
adamawadailyreport@gmail.com
COVID 19 UPDATE
Email ThisBlogThis!Share to TwitterShare to Facebook