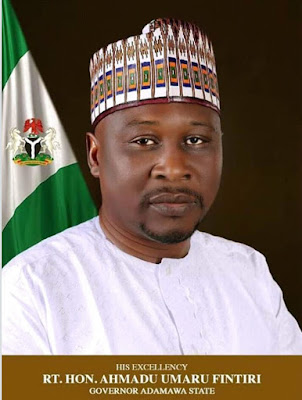 In a press release signed by Governor Ahmadu Umaru Fintiri Press Secretary Humwashi Wonosikou said that Ngari was declared wanted on allegation of cattle rustling.
The statement read in parts:

“The action is coming at a time government has succeeded at stabilizing the area after the incessant attacks on villages along the borders of Adamawa and Taraba, warning that government will not hesitate to deal with anyone found wanting no matter his position.

“Government is appealing to both Headers and Farmers not to take the law into their hands, but allow the law to take its course as government is doing everything possible to ensure that peace prevails between Farmers and Herders and all law abiding citizens.

“Furthermore, a responsible government will not sit back and watch criminals destroy the hard earned peace it has been able to achieve and appealed to residents of the State to help the government towards building a just and egalitarian society where peace and tranquillity exists”.
06:18
adamawadailyreport@gmail.com
News
Email ThisBlogThis!Share to TwitterShare to Facebook