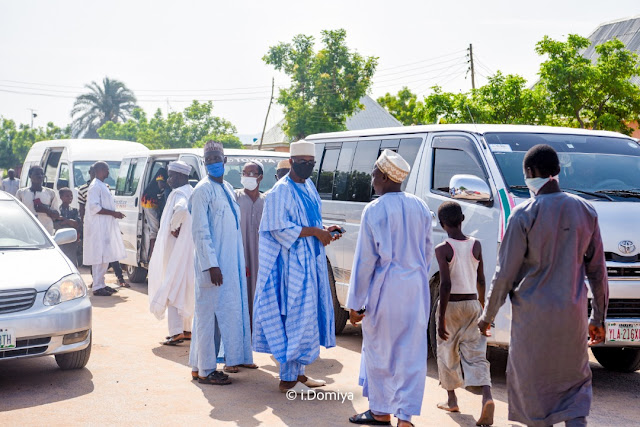 Adamawa State Government has started repatriation of Almajiris in the State with one-hundred of Gombe State indigenes as first batch.This is in line with the stance of the Northern Governors Forum to bring to an end the Almajiri syndrome and to contain/prevent the spread of Corona Virus Pandemic.

Speaking to Newsman at the rendezvous for the Almajirs’ departure to Gombe at Capital Secondary School in Jimeta, the Secretary to the State Government who is also the State Chairman, COVID-19 Containment Committee, Mal. Bashiru Ahmad said the decision to send the Almajiris to their respective States of origin has come to stay even after COVID-19 has been subdue.

The SSG added that reasons for the repatriation of the Almajiris has been fully explained to the Almajiris’ teachers while the teachers have resolved to cooperate with the Government to achieve the intended aim. He further assured that soon the State Government will complete repatriation of Almajiris sent to Adamawa back to their respective States as is the best interest of developing the children to learn under the supervision of their parents or guardians, which will benefit Adamawa and the country at large.

The Almajiris were conveyed in eleven buses of the State transport company, Adamawa Sunshine Express in company of security personnel while the Honourable Commissioner Ministry of Education, Wilbina Jackson, other officials in the ministry and the District Head of Jimeta Mohammadu Inuwa Baba Paris witnessed the departure of the Almajiris.
06:11
adamawadailyreport@gmail.com
News
Email ThisBlogThis!Share to TwitterShare to Facebook