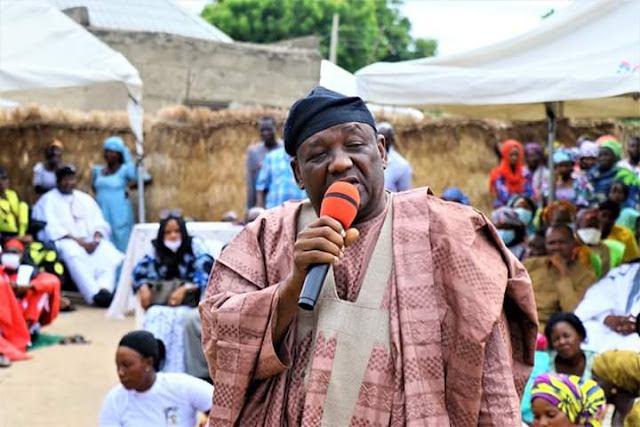 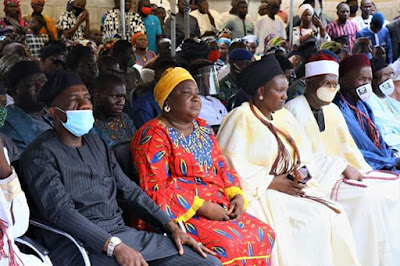 Adamawa State Deputy Governor, Chief Crowther Seth advised both king makers and Princes to exercise decorum and to follow laid down rules of the traditional institution in the selection of the next King .

He further advised that the next King to be selected should be a person that will champion the interest of everybody.

The Deputy Governor further gave the reassurance of the Fintiri led Administration in respecting and adhering to the decision of the Bachama Kingdom in the process.

Chief Kingmaker Nzopwato who led the group referred to as the Kabe ( Kingmakers) while delivering  his remarks of appreciation emphasized on the need for parents to caution their children against indulging in acts that are detrimental to peaceful coexistence. He further reiterated that the Bachama cultural heritage is unadulterated and will continue to be safeguarded.

Brief remarks were also received from both paternal and the maternal relatives of the deceased King who appreciated everyone who Identified with them in their moment of grief.

With the completion of the mourning period, all is set for the commencement of the process that will usher in a new ruler of the Bachama Kingdom as according to the traditional selection process by the Bachama Kingmakers.
13:52
Adamawa Daily Reports
Special Report
Email ThisBlogThis!Share to TwitterShare to Facebook