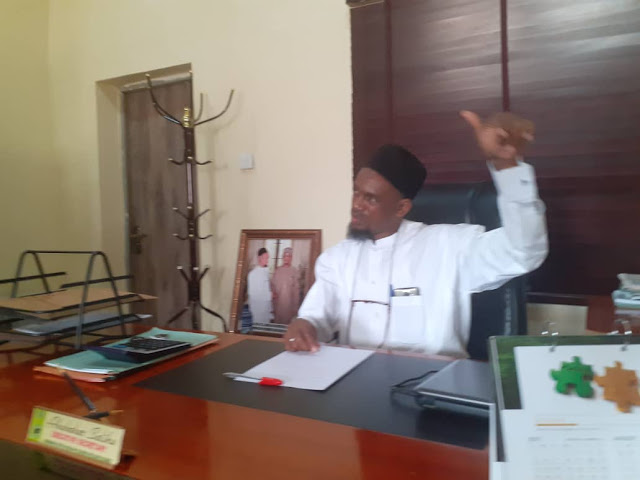 
Following the cancellation of 2020 Hajj for International Pilgrims by Saudi Arabian authority, the Executive Secretary of the Muslim Pilgrims Welfare Board Yola, Mal Abubakar Salihu and the Management staff of the Board toured the Twenty One 21 Local Government Areas of the State in order to sensitize the intending Pilgrims and the general public concerning the cancellation.

They made the following recommendations to the intending pilgrims:

1. Intending pilgrims that wish to collect their deposits back should be refunded by the Board

2. Those who want to leave their deposits against 2021 up coming Hajj insha'Allah  can do so be rest assured that their money are safe with the Board.

3. Those who have started payment should complete their deposits of One Million, Four Hundred and Fifty Nine Thousand Naira (N1.459.000)

4. No further collection of deposits from new intending pilgrims, until further notice.

a. Those that wish to seek for refund of their money should write to the Executive Secretary of the board through their local government schedule office,

b. The Board will receive and process all screened request between 13th July_7th August, payment will commence from 10th August.