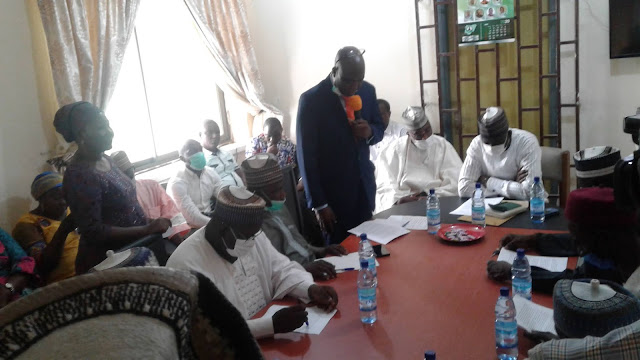 Chairmen  and Board Members of the State  owned  Media outfits  have been urged to use  their  wealth of experience in  order to move the Media  Stations  forward.

The  Honourable Commissioner  Ministry of  Information and Strategy, Comrade. Umar Garba Pella who made the charged while  inaugurating Boards  Chairmen  and Members of the  Adamawa Press  Limited  (APL), Adamawa Television  Corporation  (ATV) , and Adamawa  Broadcasting  Corporation  (ABC) Yola separately  at the Conference Hall of Ministry  of Information  headquarters  recently.

According to the  Information Commissioner, their  coming  on board  will eventually  reposition  and improves  both the  content and  quality of  productions at the  State  various Media  Stations. 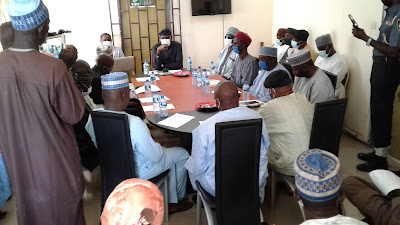 While congratulating them on their appointments, the Honourable Commissioner  also stated that  their services  will  however  compliment the  activities of the Government, stressing that the  ministry of  Information and Strategy  is always  available to Partner with the  management and  board members  so as to move Adamawa State forward.

Earlier in his remark, the  Permanent Secretary of the  Ministry,  Alhaji  Salisu Bakari Buba  urged  the inaugurated  Chairmen and Members to  corporate with the Management of the  Media  organisations  to  strategise and extend their  wealth of experience in  repositioning the Media  outfits. 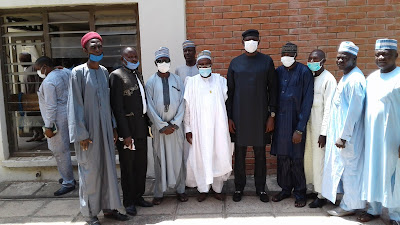 Also in their separate responses,  the Board Chairmen of  Adamawa  Press Limited  Tashakalmah Nahemiah, and  that of Adamawa  Broadcasting Corporation  (ABC ) Retired  Colonel  GAR  Dogo  as well as  Mallam  Shehu Usman  Aliyu  of Adamawa  Television Corporation  (ATV) Yola have expressed  their appreciation to Governor Ahmadu Umaru Fintiri  for finding them worthy to serve in his government and promised that  they would contribute their own quota towards the development of  Media  Houses in the state.

They however assured that the  State owned  media outfits would  regain  it's former glory  and even become better and greater.