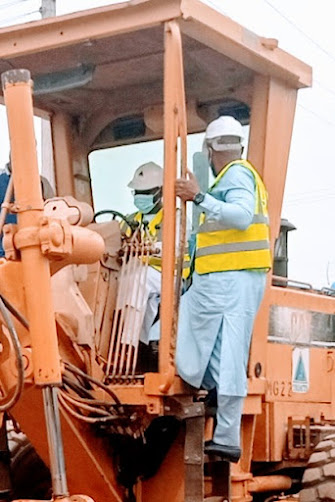 By Innocent Daniel Zira.
Honourable Adamu Atiku Abubakar has again hosted His Excellency, Governor Ahmadu Umaru Fintiri in the early hours of today for the Ground breaking of  yet another roads construction in Yola South Local Government Area in continuation of the fresh Air Urban renewal programme.
While delivering his speech,  Hon. Abubakar, the convener of Ceremony mentioned that Zumo Street and links, Mafia road with fall out Drains, Mbamba road, Doctor's Quarters road, Nyibango/ Yolde Pate roads with two span Bridges are the latest network of roads to be constructed in Yola South with a contract sum of One Billion, Three Hundred and Eight Million, Two Hundred and Sixty Thousand,  Two Hundred and Eight Naira, Thirty Eight Kobo (N1, 308, 260,280, 260.38) awarded to TRIACTA NIG LTD.
The Commissioner on behalf of his supervising Ministry ( Work and Energy Development)  stated his determination to monitor the construction of these roads according to specifications.Further , he  reiterated that his personnel will not compromise on quality and efficiency and promised delivery on time.
Lastly, he thank His Exce 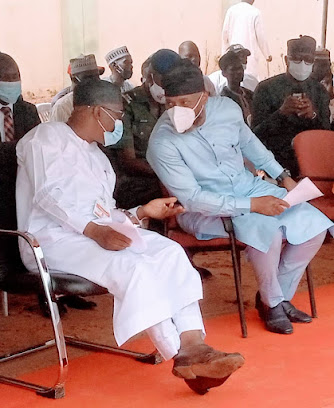 llency, Governor Ahmadu Umaru Fintiri for his determination of Urban renewal programme emphasizing that Adamawa will be transformed by the time these roads are completed.
In his flag-off Message, His Excellency, Governor Ahmadu Umaru Fintiri expressed his readiness to transform the State so as to catch up with the rest of the world and became an exemplary state. The Governor also appeal for understanding among residents of the State Capital to bear with the discomfort and disruption of traffic flow while the work is going on, requesting supports and prayers of everyone because development comes with challenges.
11:58
Adamawa Daily Reports
news update
Email ThisBlogThis!Share to TwitterShare to Facebook