Urban Renewal: Gov Fintiri Flags off Road Construction of over N1.3b in Numan 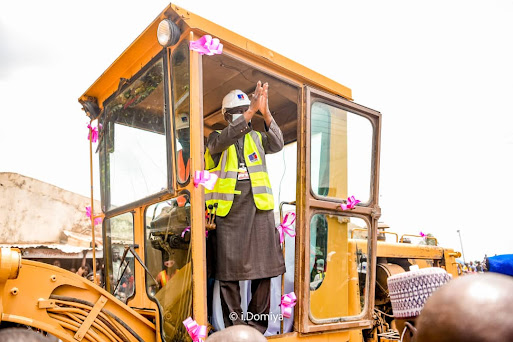 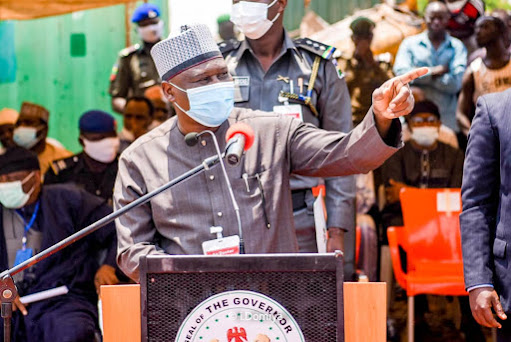 By Barnabas Augustine & Innocent Daniel Zira
11/8/2020
Governor Ahmadu Umaru Fintiri has flagged-off road construction of over N1.3b in Numan town of Numan Local Government Area.
Flagging-off the road construction at the Izala junction, Numan, Governor Fintiri said the state will continue to witness road infrastructure development as part of his led-administration urban renewal programme.
The Governor revealed that his Government will soon award contract for the complete renovation of Numan General Hospital and Villanova Government Secondary School.
He charged the contractor handling the road construction to meet the contractual terms-quality and time frame- as his government will not accept anything short of that. 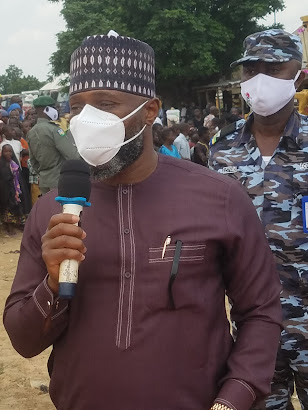 Earlier speaking, the Honourable Commissioner Ministry of Works and Energy Development, Alhaji Adamu Atiku said the contract was awarded to ROCAD Construction Limited at the cost of one billion, three hundred and twenty two million, six hundred and five thousand, eight hundred and thirty eight naira seventy two kobo (N1,322,605,838.72kb).
Hon. Abubakar said the roads to be constructed are Izala Gwade Malam and Rafa Wayam roads with total length of 3.5km, adding that the duration of the constract is eight months.
The Commissioner explained that the scope of the work will include provision of storm water drainages,  concrete box culvert that will channel the water away from farm land and houses with expected result of mitigating the effect of perennial rain. He assured that Ministry of Works and Energy Development will supervise the work to meet the standard.
In his remark, the Managing Director, ROCAD Construction Limited Mr. Ronaldo appeal to the community to give his construction firm maximum cooperation while appealing that in the course of the construction some residential houses may be affected.
In a vote of thanks on behalf of the community, the Chairman Numan Local Government,  Hon. Innocent Koto and a resident Mallam Amna Ibrahim Farai thanked Governor Ahmadu Umaru Fintiri for fulfilling his campaign promise to the people of Numan.
They applauded Governor Fintiri for the urban renewal programme, urged him to maintain the tempo, saying it is transforming the state.
11:46
Adamawa Daily Reports
Email ThisBlogThis!Share to TwitterShare to Facebook