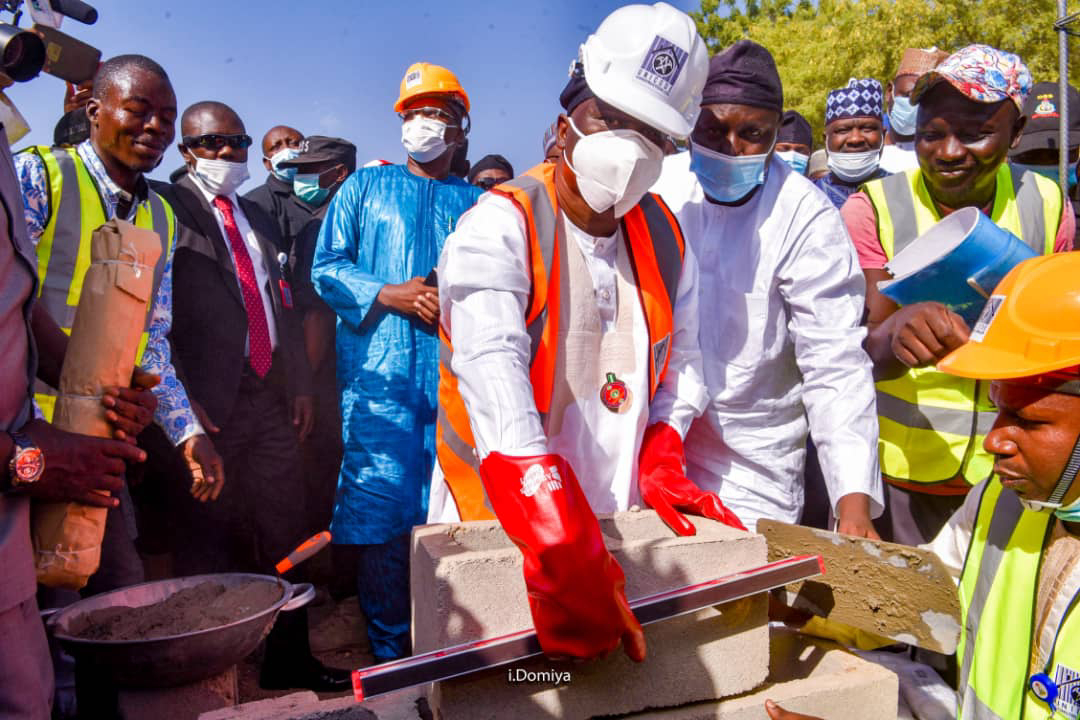 By Barnabas Augustine
14/12/2020
In continuation with his policy of revitalisation of the health sector in Adamawa State, Governor Ahmadu Umaru Fintiri has laid a foundation for upgrade of Song Cottage hospital.
The new sections to be constructed at the Cottage Hospital include Laboratory and Maternity complexes and new female Surgical ward.
In his address, Monday at the event that held at the premises of the cottage hospital Song, Governor Umaru Fintiri explained that the upgrade is an essential component to delivering effective healthcare service to the people.
The Governor described Song cottage hospital as strategic to proving effective healthcare service to the people of Song and environs hence the need by government to carry out constructions to improve it.
He reiterated the commitment of his administration to providing people oriented projects for the state to change for the better so that the people of Song and Adamawa as a whole will enjoy dividends of democracy.
In his remark, the member representing Song and Fufore in the federal of House of Representatives, Dr. Mustafa Saidu appreciated the efforts of the Governor in fulfilling his campaign promises.
Contributing, the State Head of Civil Service, Dr. Edgar Amos Sunday enumerated the giant strides of the Governor in basic infrastructure and human capital development among others which have touched the lives of the people.
The Commissioner of Health and Human Services, Prof. Abdullahi Isa urged the staff and community to give the contractor maximum support for timely completion of the project.
He reminded the people of Song on the need the take preventive measures on Covid-19 such as washing their hands with soap and water, social distancing and sanitizing their hands at all times.
The Executive Chairman of Song local government council Alhai Gidado Abdussalam and Commissioner of Rural Infrastructure and Community Development, Alhaji Abdullahi Pirambe commended the Governor for upgrading the hospital and executing various projects in the area.
Meanwhile, Governor Umaru Fintiri had earlier on his to Song from Mubi had made a stopover at Hong and Gombi local government areas where he inspected ongoing Hong road projects and Gombi cottage hospital respectively.
00:19
Adamawa Daily Reports
news update
Email ThisBlogThis!Share to TwitterShare to Facebook